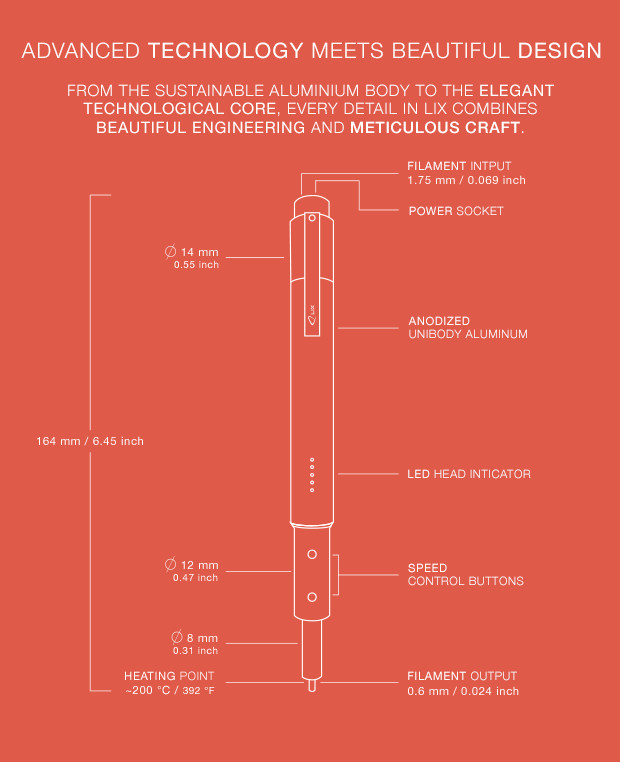 The LIX is a slim and meticulously crafted aluminum pen that weighs only 40 grams. The pen can be powered from a standard USB connection and has a feed system for the filament on the top end. The pen can accept ABS/PLA filament, which is heated and dispensed from the tip. This heated filament can be used to create 3D shapes and structures. The main advantage of the LIX is that it is closer to the dimensions of a standard pen and lightweight.

Although it’s touted as a professional tool, the 3D printing pen lacks the capability to produce dense items like a traditional 3D printer. The pen can make simple pieces and elaborate designs that cater more to the craft enthusiast.

Currently, the LIX 3D printing pen is selling for $135 USD. The package will include one pen and three bags of mixed color plastic. The device is expected to ship in September of 2014.