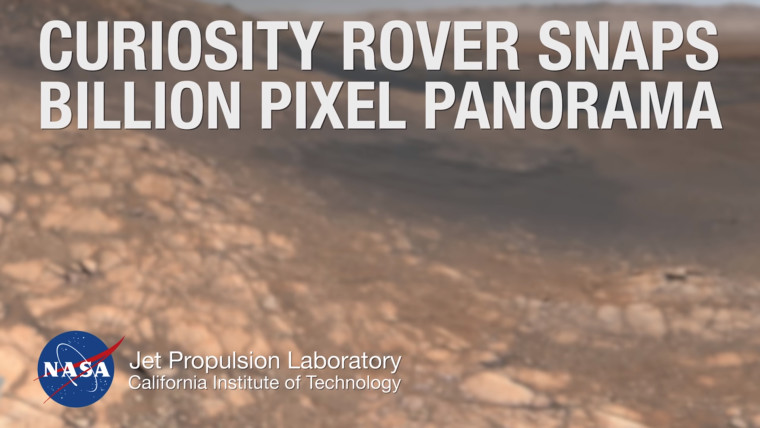 As we near the final stages of development of the upcoming Mars 2020 Rover, NASA's current Curiosity Mars Rover has taken its highest resolution panorama yet.

Comprised of over 1.8 billion pixels of the Martian terrain, the panorama is a stitched amalgamation of over 1,000 images taken during the 2019 Thanksgiving holiday. The picture showcases Glen Torridon, which is a region on the side of Mount Sharp on Mars. Impressively, the 1.8 billion-pixel panorama eclipses the 1.3-billion-pixel panorama of the same region that the Curiosity captured back in 2013.

It took Curiosity around six and a half hours over a period of four days to take the pictures. To ensure uniform lighting, individual photos were only taken during noon and 2:00 PM local Mars time. Each picture was captured from Curiosity's Mastcam using a telephoto lens. A smaller picture was taken to capture the rover's robotic arm and deck.

Curiosity's Project Scientist at NASA's Jet Propulsion Laboratory (JPL), Ashwin Vasavada, remarked that "this is the first time during the mission we've dedicated our operations to a stereo 360-degree panorama." JPL has also posted a narrated video detailing the individual elements seen in the panorama. If you are interested, you may check it out here.