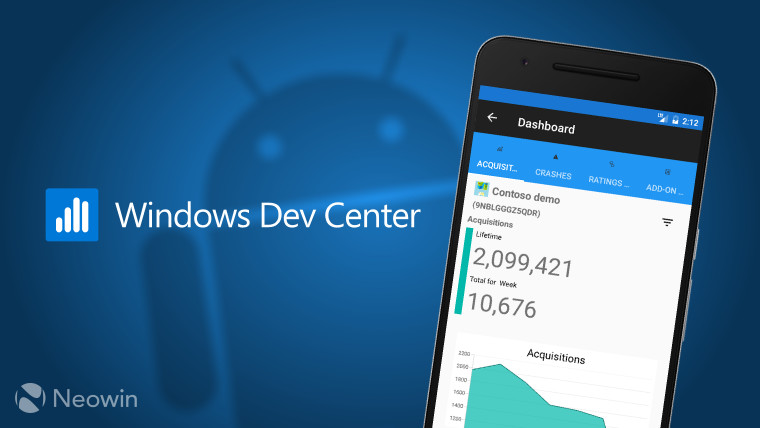 Not all Windows app developers use Windows phones; indeed, many of them have ditched devices running Microsoft's mobile OS in favor of those on other platforms. Microsoft is now working on making life a bit easier for Windows developers who own Android devices.

Microsoft has brought its Windows Dev Center app to Android, launching an early alpha preview on the Google Play Store. The app offers a range of tools to help developers monitor their apps on the go, including:

Given that the app is still at the alpha stage of its development, it may be a while before the final version is released. It's likely that Microsoft will make a more stable beta build available in the not-too-distant future, but for now, you can take the alpha release for a spin, and see what it has to offer.