A new report states that Microsoft recently shut down a project, which was known by the code name 'Brazil' internally, that could have created an e-commerce system designed to give Amazon and eBay some competition.

The plan was to offer this new marketplace on Windows PCs, and then possibly expand it to its Xbox console business, along with its Windows Phone smartphones and Windows tablets. However, an official statement from Microsoft said that the company has now cancelled those plans.

Project Brazil was an incubation to enable a more direct commerce model between customers and brands and merchants. We [Microsoft] remain committed to finding new and differentiated ways to enable a richer, more task oriented approach to e-commerce and online advertising. 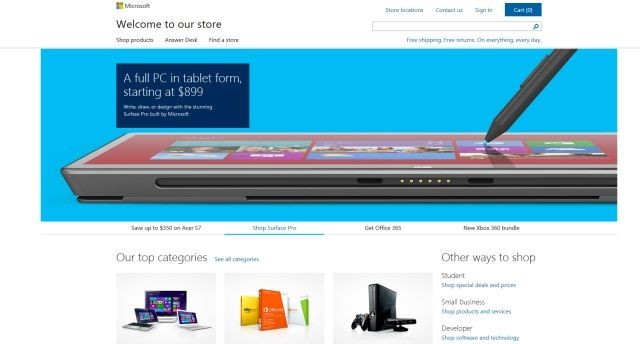 There's no word as to why Microsoft decided to shut down Brazil. The company already offers an online Microsoft Store website as a companion to its retail store locations, where it sells products made by Microsoft and third party companies. It also operates Bing Shopping as a way to search for products to purchase, and Microsoft already has agreements with a number of businesses to have their products listed there. But overall, Brazil would have been a much bigger venture.