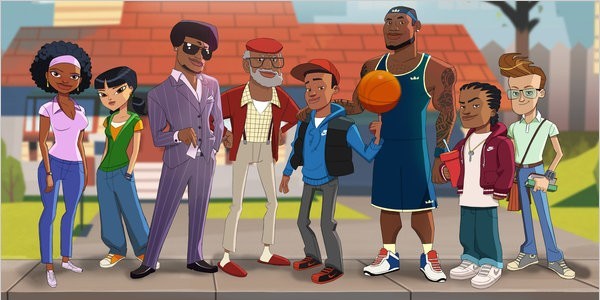 Microsoft has slowly been adding more exclusive entertainment and media series for its various platforms and products. Indeed, the company said it plans to offer more exclusive content for Xbox 360 consoles earlier this week. Now Microsoft has announced it had secured the rights to show the season season of The LeBrons, an animated web series co-created by NBA player LeBron James.

Microsoft's Major Nelson site states that the second season will be shown exclusively on Xbox Live for Xbox 360 owners as well as the MSN.com website. The first season of the series, which features different characters that are supposed to represent different aspects of LeBron James, debuted on YouTube in 2011. While the first season used traditional 2D animation Microsoft says the second season will use " ... computer-generated animation to create a more realistic three-dimensional world."  There's no word on when it will debut but it will be a US exclusive.

In related news, Microsoft also launched two more media streaming channels for Xbox 360 owners this week. One is the popular Latin American channel Telemundo for US residents, with clips from the channel's various "telenovelas". The other is Neon Alley, which has uncut anime movies, along with news about the anime industry, for US and Canadian Xbox Live subscribers.