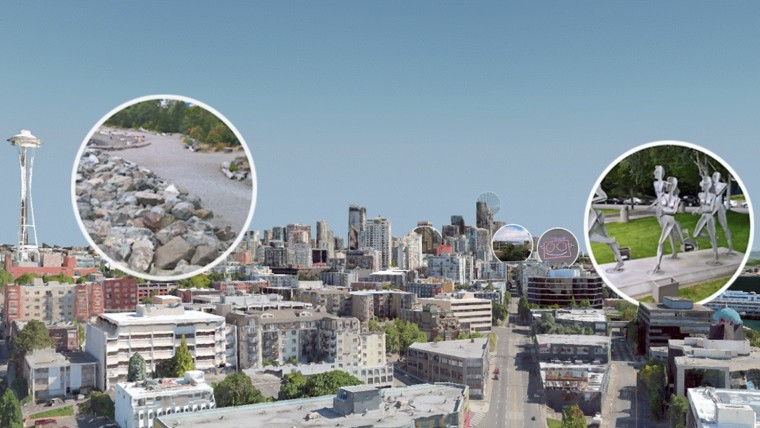 Microsoft has already confirmed the general rollout of the Windows 10 Creators Update will begin on April 11 and that PC users will be allowed to manually install the Update a week early, beginning on April 5. Therefore, we finally know that build 15063, released on March 21 to PCs and then to phones for Insiders on the Fast ring, is the RTM build of the Creators Update. Since then, Microsoft has also released the ISOs and the SDK for the build.

In a blog post today, the company announced it has also updated the Maps platform for the Windows 10 Creators Update, including new APIs, and updated engines. The goal is to optimize the look of maps - so they can be more realistic - and to increase consistency between web and UWP apps.

As can be seen from the image above, this new API allows the display of images or signage on the 3D map. The images are displayed at a specific location on the map, and scale with the rest of the 3D scene as the camera zooms and pans.

The new map engine that comes with the Creators Update is a 3D map viewer which displays objects on top of the terrain. It uses a globe or Web Mercator projection model for vector rendering and map interactions, and elevation data to place 3D objects correctly. Also, both Road and Aerial maps now support 3D views and elevation data.

Finally, third-party apps can now check the downloaded status for map packages, and trigger a download without the user having to leave th app. In the past, users would have to go to the Settings app to download and manage Offline Maps.

If you want to check the updated Maps app for the Windows 10 Creators Update right now, be aware that it is already available in the Release Preview ring.