Last week, Cortana launched in the United Kingdom and China, marking the first time that Microsoft's digital assistant has been officially supported outside of the United States. Only those who have installed the latest Windows Phone 8.1 Update can use Cortana in those new markets, and that update is currently only available for those on the Preview for Developers program.

But for some who have installed the update, and who are now using Cortana in the UK, the experience hasn't been entirely pleasing. Cortana gets a different voice in the UK to the US version (which uses voice actress Jen Taylor - the 'real' Cortana from the Halo game franchise), and some users aren't entirely happy with her British replacement. 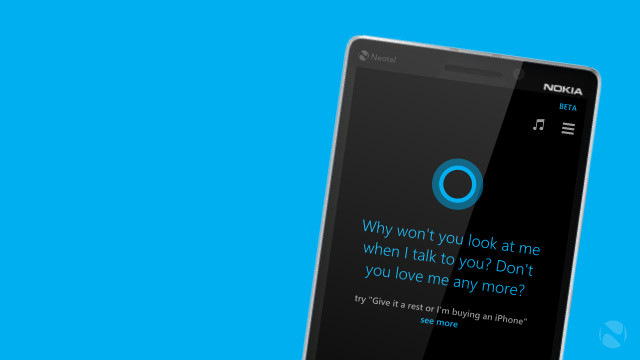 Microsoft probably won't be making Cortana quite this emotional

Some have suggested that the UK voice sounds a bit flat and emotionless - one commenter suggested on Twitter that "she sounds kinda robotic". As WPCentral reports, Sandeep Paruchiri, a Cortana program manager at Microsoft, responded to that comment, giving a hint at improvements on the way:

@Tech0Geek yep we hear you, we are working on something. More details we can share soon cc @marcusash @life_journey

Exactly what that 'something' might be remains a mystery, but on the face of it, it sounds like Cortana's UK persona might be getting a welcome dose of emotion and feeling, to make the assistant's voice sound just a bit more natural.

What do you think of Cortana's voice in the UK? Would you prefer to have the voice of the 'real' Cortana (i.e. Jen Taylor)? Or would you perhaps like to be able to choose from different options - maybe even a male voice? Let us know your thoughts below!