Microsoft has outlined its plans to build an integrated 'ecosystem' of wireless accessories for gaming, not just for its Xbox consoles, but also for Windows 10 PCs.

It took a major step towards realizing those plans today, with Lenovo's unveiling of the new IdeaCentre Y710 Cube, the first PC with integrated Xbox Wireless support. "With built-in Xbox Wireless," Microsoft said, "this PC supports all Xbox One wireless accessories - such as the Xbox Wireless Controller - straight out of the box, without needing any additional adapters or wires."

Microsoft claims that Xbox Wireless offers "a best-in-class wireless gaming experience across Xbox One and Windows 10 PCs", offering numerous advantages compared with other connection types, including:

Microsoft aims to greatly expand Xbox Wireless support across a wide range of PCs and accessories. In Lenovo's new Y710, the integration is relatively simple - Microsoft says that it's simply built in the Xbox Wireless Adapter "inside the physical chassis" of the PC, "the first time this has ever been done officially."

But in the future, it adds, the plan is "to enable direct integration of Xbox Wireless into PC motherboards with our hardware partners." Owners of existing PCs can simply buy an Xbox Wireless Adapter for Windows. 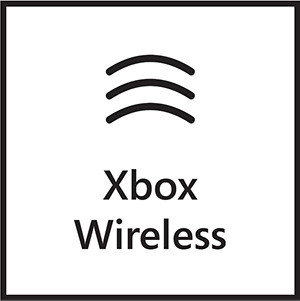 In addition to Lenovo, Microsoft is working with the likes of Astro, HyperX, Mad Catz, Plantronics, Razer, SteelSeries, Turtle Beach, and others on new hardware support. In its blog post today, it highlighted an example of an accessory from another of its partners, PDP, whose Rock Band Wireless Fender Jaguar Guitar Controller features integrated Xbox Wireless support.

A new Xbox Wireless logo program will help consumers to identify PCs and accessories that "will work seamlessly within the ecosystem".