In what appears to be a unique trolling attempt at Gamescom - Europe's biggest event for the video game industry - a strange poster has been spotted outside the Kolnmesse convention center. The advertisement shows the words "Half-Life: 3" written in a rather large font, and is featured alongside several other very real games including Titanfall 2, Sniper Elite III, and Watch Dogs 2 - but don't let that fool you. 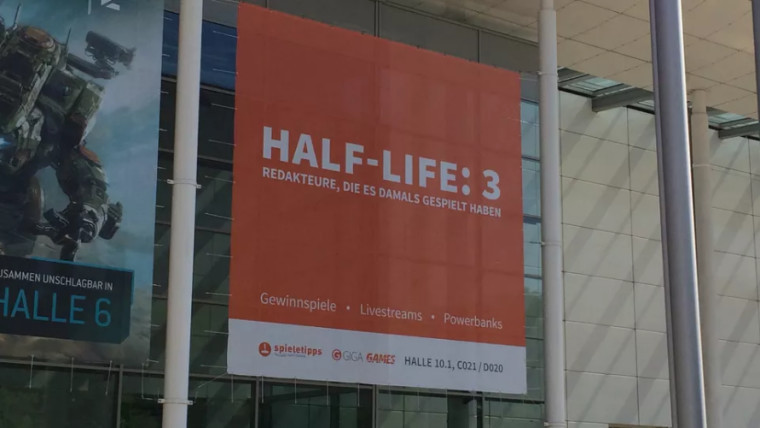 While the poster features the familiar orange color usually associated with Valve, it is in fact an advertisement courtesy of two media groups, namely Spieletipps and Giga Games. The words written on the poster, including the ones written below "Half-Life: 3" in a smaller font, read as follows: "Half-Life: 3 editors who played it back then".

The poster has spawned a rather mixed response on social platforms, where many are praising it as one of the best trolls of all time, while others are referring to it as a cheap attempt at publicity, by playing with the feelings of millions of Half-Life fans around the globe.

The latter response isn't entirely surprising, keeping in mind that the game has been long-rumored, yet never officially confirmed by Valve as a genuine successor to Half-Life 2 in the popular series. And while the advertisement is certainly a unique attempt at a joke, one thing we know for sure right now is that Half-Life 3 isn't confirmed.