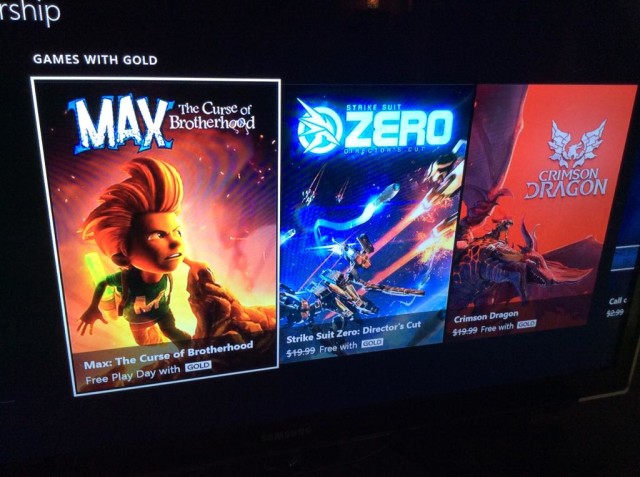 Microsoft has begun testing a new feature called "Free Play Day with Gold" for Xbox One owners, which allows users to download and play games for a limited period, or 24 hours. The new option was first spotted over on Reddit by Xbox One console beta participants, who noticed that Max: The Curse of Brotherhood had been unlocked as a free download.

Microsoft has yet to officially confirm the Free Play Day feature and the Xbox Support Twitter account initially responded with surprise after being questioned about the feature...

@PrestoFriend531 Gotcha. Looks like it is actually. We'll be in touch here shortly. :) ^AD

...but later confirmed in a response: "It's something that we're currently looking into. Keep an eye on your Xbox One."

As it stands, and until we know more about it, the Free Play Day with Gold idea looks like it will be available in addition to the standard Games with Gold offering, which makes two Xbox One titles free to download each month for Xbox Live Gold subscribers.