Shortly after announcing the biggest layoffs in its corporate history - over two-thirds of which will affect former Nokia employees, which transferred to the company as part of its acquisition - Microsoft also revealed that it was planning to terminate Nokia's Asha and Series 40 feature phones.

In an internal memo related to those plans, sent to staff in July, Microsoft's Jo Harlow hinted that a further casualty of the cuts may be Nokia's Xpress Browser, which runs on those devices. She said that the company planned to "consider strategic options for Xpress Browser to enable continuation of the service outside of Microsoft". 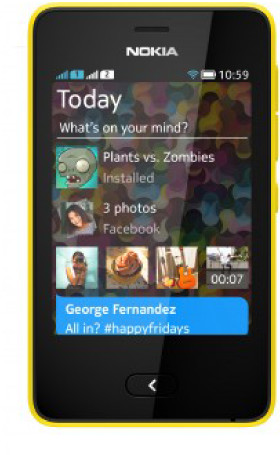 Today, Opera announced that it has signed an agreement with Microsoft that seals the Xpress Browser's fate. Opera Mini will now become the default web browser on all of Microsoft's existing Series 30+, Series 40 and Asha handsets.

Opera said today that "as part of the agreement, people who use the current browser for these phones, Xpress, will be encouraged to upgrade to the latest Opera Mini browser. Factory-new devices will have Opera Mini pre-installed."

Microsoft is still producing and distributing Nokia's feature phone range, and will continue to do so while gradually winding down production over the next 12 to 18 months. Some handsets may live on beyond that timeframe, including the brand new Nokia 130 which Microsoft announced this month, and which costs just $25.

While Microsoft plans to offer ultra-affordable Windows Phones to fill the gap at the lowest end of the market - most recently launching its $115 Lumia 530 - it's still a long way off being able to bring its Lumia handsets down to price points as low as that of the 130, as Harlow acknowledged last week. She said that "more than a billion people don't have a cell phone [and] Microsoft doesn't have any other project that can reach these customers".

In a statement received by ZDNet, an Opera spokesperson said that "users will begin to receive notifications on their phone starting October 2014, providing them with information on how to upgrade from Xpress Browser to Opera Mini. The precise dates when these notifications will arrive will vary by product family." She added that "Opera Software intends to fully support people during the full transition period from October 2014 to December 2015."

And what is to become of Nokia's Xpress Browser? It will "enter maintenance mode until December 2015 when the service will be fully ramped down."

Last year, it was rumored that Opera was one of the companies that 'informally' complained to the European Union over Microsoft's failure to properly present its 'web browser ballot' in the EU, which led to a $732m fine for the Redmond company. If there was any truth to that, it's apparently all water under the bridge now for Microsoft.