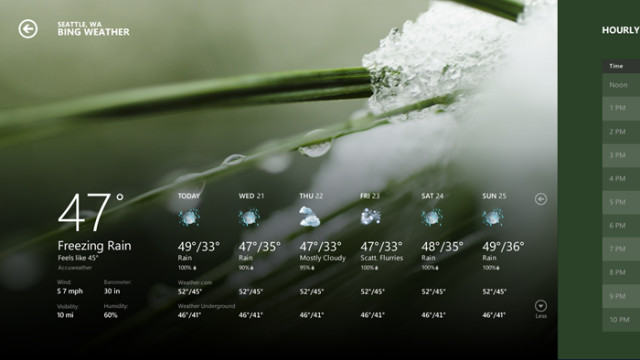 Microsoft normally issues security updates for its normal software products on the second Tuesday of each month, otherwise known as "Patch Tuesday.' Today, the company did just that as it issued seven updates, four of them critical, for a variety of Microsoft software products.

However, the company is also having to deal with the fact that Windows 8 and Windows RT also have a number of Modern style apps, including some made by Microsoft themselves, that made need their own security upgrades. Today, the company announced that it will be issuing security advisories as needed for any Windows 8 apps.

Microsoft said that the advisories will include the apps that are pre-loaded for all Windows 8 and RT PCs, including the Weather app made by the Bing team, that are updated via the Windows Store. The updates could be issued on dates besides "Patch Tuesday" and will include the standard Microsoft Knowledge Base (KB) article number so that people can see a full change log.

When the same vulnerability affects a traditional and an app version of a software application, we will make every effort to release updates to both applications simultaneously through our normal security update release process on the second Tuesday of the month, except when customer risk justifies releasing an out-of-band update.