The long death of Microsoft's Zune brand continues later this month. The company has begun to send out emails to the remaining users of the Zune media players, informing them that rentals and purchases of music and video on the Zune Marketplace will end after August 22nd.

The emails also offer a link to a Zune Q&A on Xbox.com which says this move is being made due to the previously announced plan to retire Microsoft Points for real world currency. Microsoft still allows for rentals and purchases of music and video via its Xbox Music and Xbox Video services on Windows 8 and the Xbox 360 and will soon expand those services to the Xbox One, Windows Phone 8 and via a web browser. 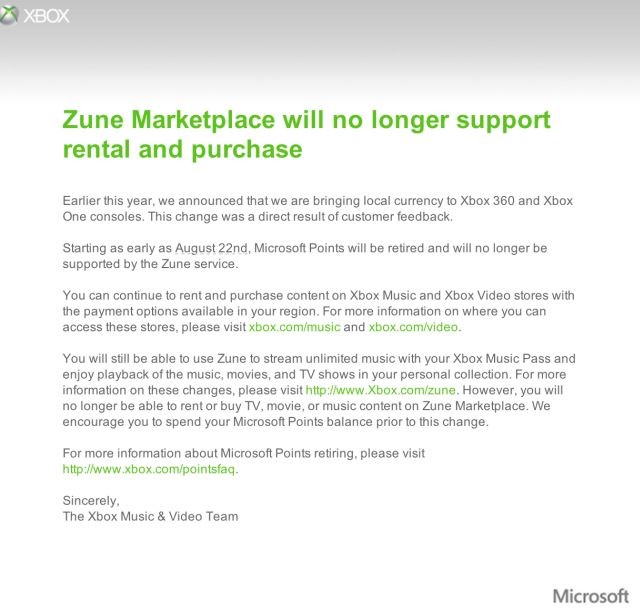 Zune users can still listen to unlimited music on their Zune device by purchasing an Xbox Music Pass and they can still play the music and videos found in their personal collection. Microsoft also says that people who signed up for the original Zune Music Pass will still be able to redeem their 10 monthly song download credits.

Microsoft has already announced that Microsoft Points gift card will continue to be accepted for the Xbox 360 console, but their amounts will be converted to real world currently as part of the next Xbox 360 software update.