Microsoft has released the first update for its OneNote app for Android since the end of 2013. The new version, available for download in Google Play, adds a couple of features related to OneNote's link to Microsoft OneDrive service. 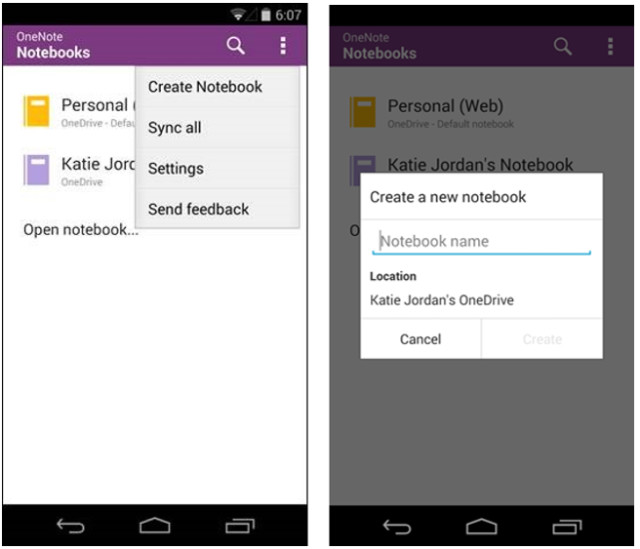 The official Office blog reveals that the app now allows users to create new notebooks from within OneDrive. This is done by tapping the overflow menu in the Notebooks list, and then tapping on "Create Notebook"; Users can then name it whatever they want.

The new version also lets users create new sections in any notebooks in OneDrive by tapping the overflow menu in the Sections list, and then tapping on "Create Section", and finally naming it. Sections can also be deleted by tapping and holding on the section and then by tapping "Delete section" in the menu.

Microsoft says that it has also fixed a few issues in this new release, such as pasting from the clipboard. There's also supposed to be some improvements made for better content rendering on some unnamed devices; the OneNote app requires Android 4.0 or later along with a free Microsoft account to use.