Last week, Microsoft added in support for offline playback of songs to the Xbox Music iOS app. Today, the Android version gets the same treatment, plus a few more features, as a new version of the app is now available for download on Google Play. 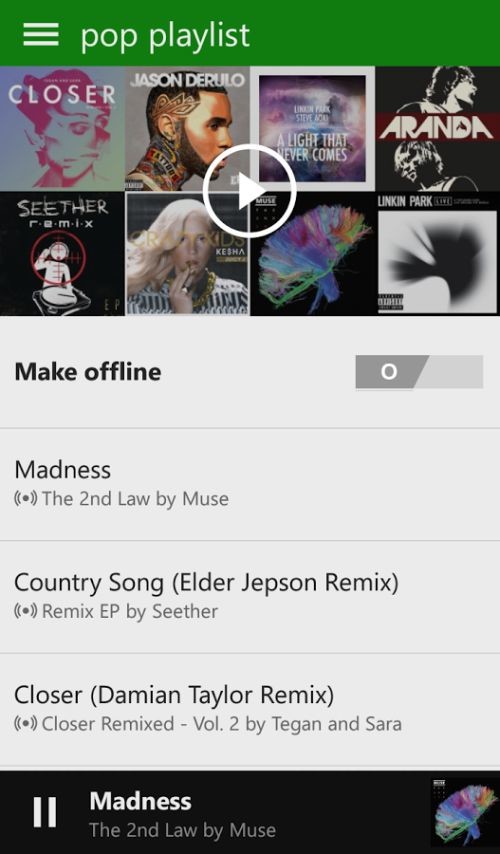 Xbox Wire says that in addition to supporting offline playlists, the Android Xbox Music app now allows for faster access to music, stating, "Just tap on the cover art for an artist, song or album to immediately start playing music.  You’re never without music the second you want to jam." The app also has added a way for users to listen to their entire collection of songs on a shuffle mode. Finally, the app now supports playing all the songs in a collection from just one music genre.

Besides the iOS and Android apps, the company launched a web-based version in 2013. It's also available for Windows 8, Windows Phone 8, Xbox 360 and most recently the Xbox One. Microsoft has still not revealed just how many subscribers it has signed up to use Xbox Music since it launched in 2012. The music pass costs $9.99 a month or $99.99 a year.