Microsoft appears to be pressing on with getting feedback straight from its users for feature updates of not only Windows, but also core apps like Internet Explorer - and that's a good thing, because after all, it's the consumer who will be forced with whatever Microsoft puts out of the door when updates roll out.

This time around the Internet Explorer dev team asked via Twitter:

We’re redesigning the F12 tool navigation in response to your feedback, have a look and tell us what you think! - Twitter 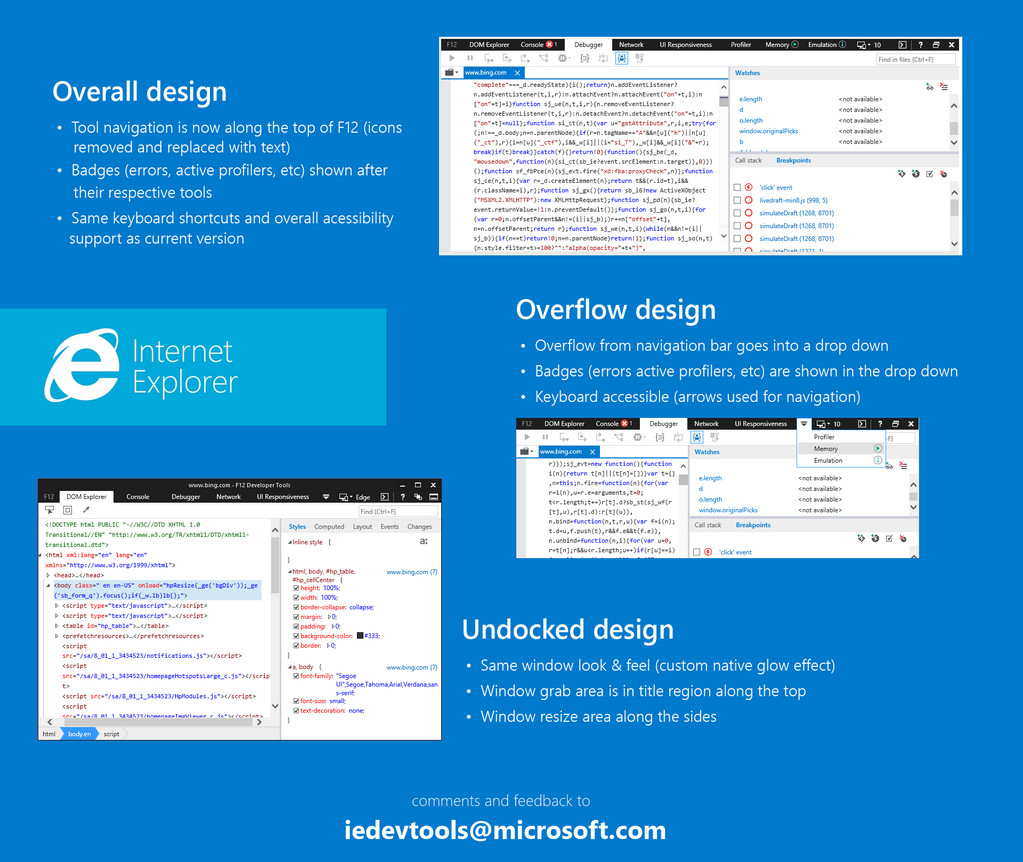 The image above is what they have come up with so far. A major change is a move away from the toolbar that featured only icons off to the left of the window in favor of a navigation that displays text instead of icons, as well as easier accessibility for navigation options in windowed mode.

Webmasters and developers will know that 'dev tools' are an important part of debugging code for a web site, and with the team being so open about feedback for the next version of Internet Explorer, this can only be a good thing.

So what do you think, are Microsoft on the right path with this update? In any case, let yourself be heard by giving feedback to iedevtools@microsoft.com or via Twitter.