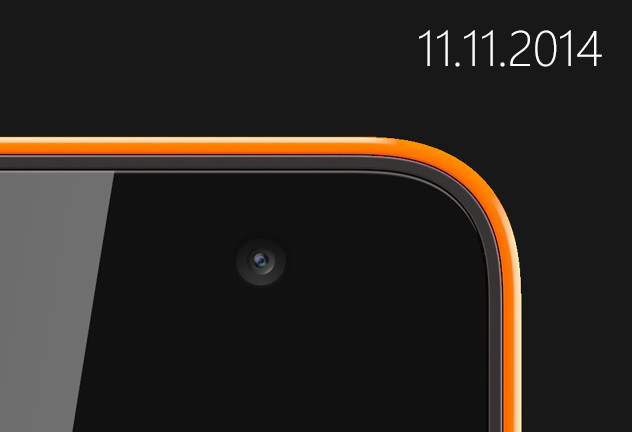 Microsoft has posted up a teaser on Nokia Conversations hinting at a reveal of a new smartphone this coming Tuesday. This will actually be the first Lumia that won't feature the Nokia branding and not a lot is given away in the image (above) aside from what appears to be a front facing camera, perhaps indicating a new 'selfie' phone for the holidays.

The page simply says "Microsoft is delivering the power of everyday mobile technology to everyone. Come back on November 11, to find out more!" under a "want to see #MoreLumia" heading.

The image posted on the page appears to look like the 'RM 1090' of which details leaked earlier this week and is most likely a low-end device, but with pretty decent specs which are rumored to include:

In any case, it looks like this will be the launch Lumia for the first Microsoft branded phone.

Source: Nokia Conversations via The Verge