With its new Surface Pro 4 and Surface Book on the way, Microsoft has been busy clearing out stocks of its older flagship tablet, the Surface Pro 3, which was first announced almost a year and a half ago. Just this week, the Microsoft Store has been selling the Pro 3 with up to £240 ($370) off in the UK, and $100 off in the US.

But if you're in the States, you can currently buy a Surface Pro 3 with some very juicy discounts via Amazon.com - but you'll have to be quick.

Surface Pro 3 sales on Amazon are split into those devices that come with Windows 10 pre-installed, and those that run Windows 8.1 out of the box. The two sets of tablets are otherwise identical apart from the pre-loaded OS, and the Windows 8.1 version can be freely upgraded to Windows 10 anyway. 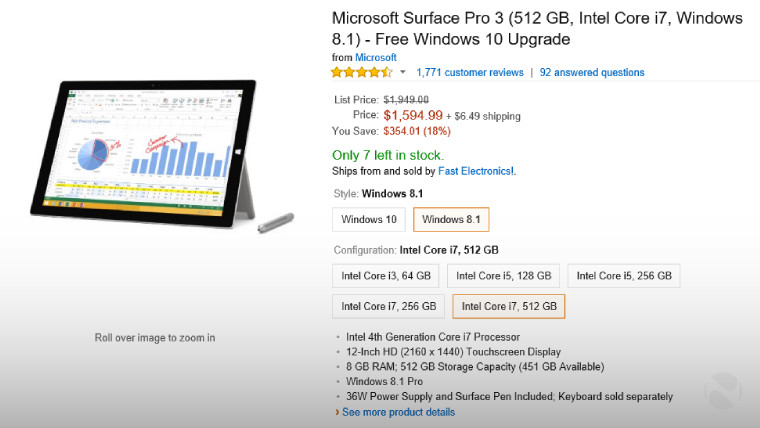 Be aware, though, that these sales are via third-party independent vendors, rather than from Microsoft. Stocks of some of these models are very limited too, so if you're thinking of taking advantage of one of these deals, don't wait too long.