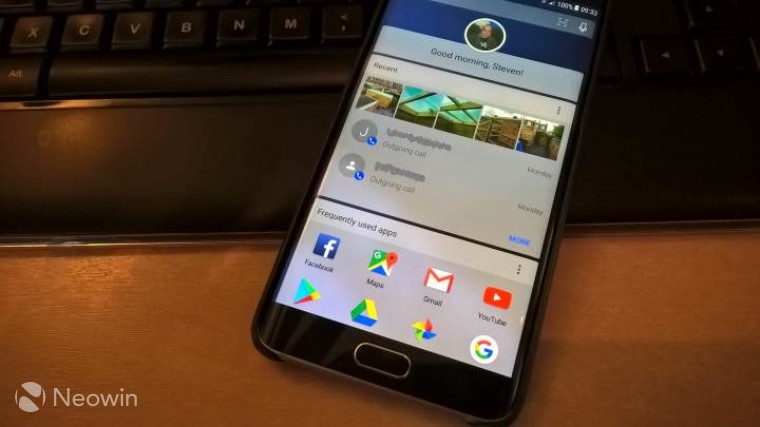 Microsoft's Arrow Launcher has received a new update in the beta channel to give it a more personalized feel. If you have connected your Microsoft account to the launcher, you'll now see your profile pic at the top of the feed (by swiping right on the home screen) in version 3.8. You can also access your Microsoft Account info and settings right from the picture, with a single tap.

In addition, Microsoft has also redesigned the News and Calendar cards with some improvements. The Calendar card has been updated to display upcoming appointments, while the News card received a general UI refresh.

These latest features are currently only available to beta testers of Arrow Launcher, but if you want to try them out right now, you can sign up to be a tester here, after which you can grab it here.

According to the Google Play Store, Arrow Launcher has been downloaded between five and ten million times, and at the time of writing, has an average review score of 4.5 out of 5, with over 136,000 five-star reviews.