The holiday season is almost upon us, and that's great news for tech fans on the hunt for some festive bargains. Next Thursday, of course, millions of Americans will be tucking into turkey as they celebrate Thanksgiving with family and friends - but for bargain hunters, the real day of celebration is Black Friday.

Microsoft has now revealed the deals it's got lined up for the big day, with some pretty juicy discounts available on a range of products. 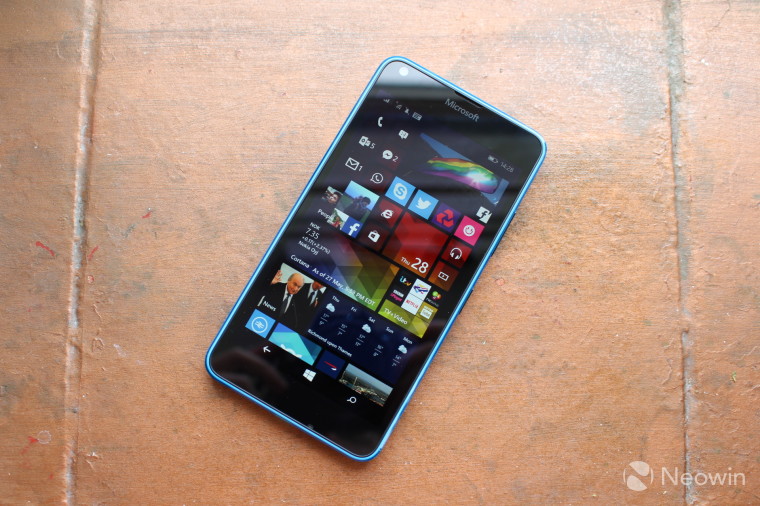 One of the most appealing deals will be available on the Lumia 640, Microsoft's lower-mid-range Windows Phone that impressed us considerably in our review earlier this year. While the handset has recently been on sale for just $59.99 off-contract, it will be available for only $29.99 (albeit locked to AT&T) next week. That's a remarkably low price for such a capable device - and it's even more appealing, when you consider that Microsoft has said it will be among the first to be upgraded to Windows 10 Mobile.

Speaking of which, there will be deals available on Microsoft's brand new Windows 10 Mobile flagships too. Those who buy the latest Lumia 950 (or the Lumia 640 XL, which was released earlier this year) on AT&T will be eligible for a $200 discount on the Surface 3 LTE.

And if you buy the Lumia 950 XL from Microsoft Store, you'll get a free Display Dock, which enables the Phone Continuum feature in the new OS. 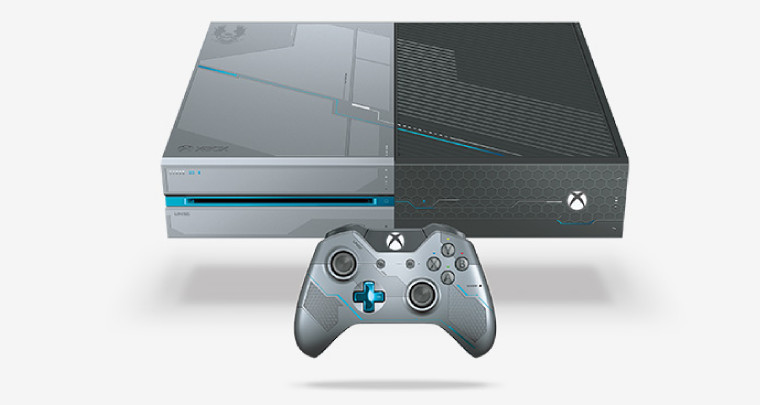 If you've been thinking of buying an Xbox One, there will be plenty of opportunities to save on the console too. Buyers will be able to pick up a range of bundles with $50 off, including the recently launched Gears of War: Ultimate Edition Bundle, Limited Edition Halo 5: Guardians Bundle (shown above), and the mighty Xbox One Elite Bundle, which includes the Elite Wireless Controller.

Significantly, those $50 discounts mean that you'll be able to grab an Xbox One for just $299, undercutting Sony's recent $50 PlayStation 4 price cut, which brought it down to $349.

There will be a range of additional deals available on other hardware at the Microsoft Store too, including:

...as well as a ton of other offers on products via Microsoft's partners, including Best Buy, Office Depot, Staples, Dell.com, Walmart and Acer. 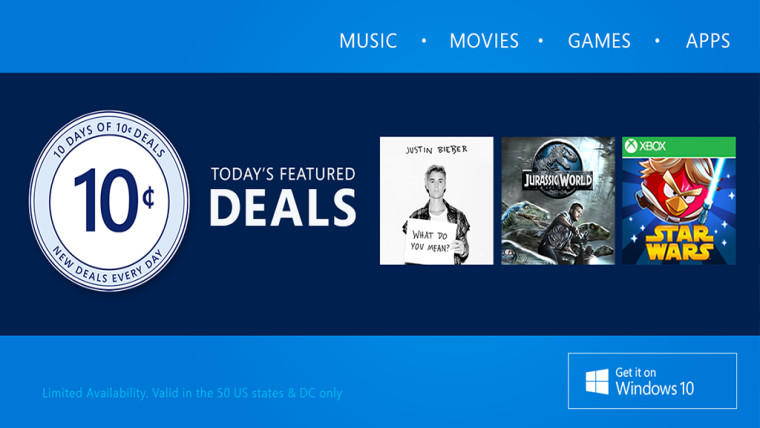 For software fans, Microsoft will also be offering 1,000 pieces of content for just 10 cents via the Windows 10 Store, with different deals available each day ('quantities available while supplies last).

You can find more details on the '10 Days of 10 Cent Deals' offers here.

Microsoft will also be running a special Deal of the Day, for the next ten days, which will be detailed over on the Windows Blog. And if you're shopping elsewhere on the web in Microsoft Edge, the company says to look out for Cortana Coupons in the browser, with other deals available from over 100 leading US retailers, including Macy's, Target and Toys R Us.

Do any of those deals get your credit card tingling? Let us know your thoughts below!