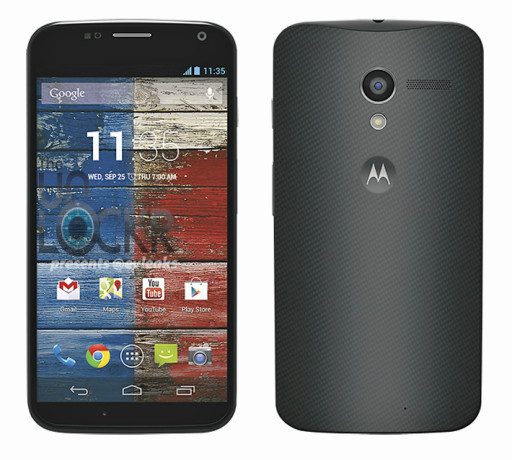 We reported earlier that Motorola is looking to hold an event on August 1st in New York. The event is about the Moto X, which is the first smartphone from Motorola designed under Google’s supervision.

And while there have been quite a few leaked images, and even a video showing the device we now have a very clean and clear picture: the press render. This image comes from famed leaker @evleaks via the Unlockr website, and clearly shows stock Android running on the device.

Will this be Motorola’s return to relevancy in the Android market, or just another product with some good ideas but ultimately making no dent in the market? We’ll have to wait until the end of summer and see if the company still has what it takes to compete.

Source: Unlockr | Thanks to forum member V-Tech for the tip!