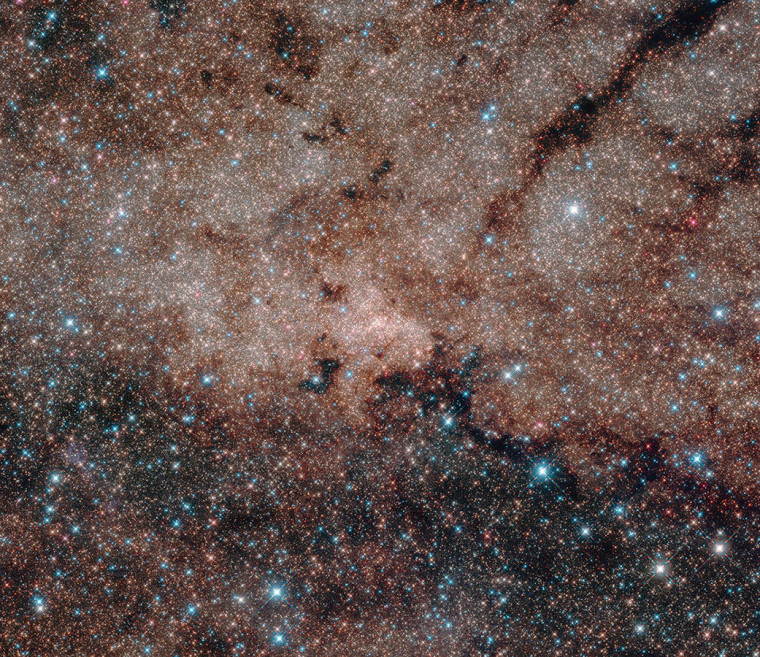 Galaxies, aliens, black holes and the stars are all well pondered and thought provoking subjects that garner a lot of attention when someone starts a narrative on space. Whether conversations of the latter begin on any sort of euphoric bender is irrelevant. Space is awesome and capable of imposing wonder upon almost anyone.

While space, for the most part, is a cold and isolated place devoid of matter, it does contain lonely dust and gas particles that drift between stars, a material known as the interstellar medium - who would have thought?

NASA has selected the Galactic/Extragalactic ULDB Spectroscopic Terahertz Observatory (GUSTO) mission to conduct the first study of this chaotic matter, to further understand how it behaves.

Floating particles of gas and dust may sound like a trivial thing to study, and perhaps to most, it may even seem a little mundane. However, the interstellar medium is no trivial matter. It accounts for around 15% of the total mass in the Milk Way galaxy, with 99 percent of that being free floating rogue gasses like helium and hydrogen.

The whopping $40 million GUSTO mission will be led by University of Arizona professor of astronomy, Christopher Walker. If being a human floating on a moving and rotating imperfect sphere wasn't enough to make you feel like a cosmic minority, according to Walker, "4.7 billion years ago, every atom in your body was floating in the interstellar medium".

The mission is expected to kick-off with the launch of an Ultralong-Duration Balloon carrying a $40 million dollar telescope over Antarctica in 2021. The impressive telescope is capable of detecting oxygen, carbon, and nitrogen spectral emissions. These are frequencies of electromagnetic radiation emitted due to an atom or molecule making a transition from a high energy state to a lower energy state.

While all this space jargon may be a little confusing, Paul Hertz, astrophysics division director in the Science Mission Directorate in Washington thankfully simplified GUSTO's mission plan below:

GUSTO will provide the first complete study of all phases of the stellar life cycle, from the formation of molecular clouds, through star birth and evolution, to the formation of gas clouds and the re-initiation of the cycle,”.

As stated above, if all goes as planned, the mission, or 'balloon', will take flight in December 2021 from the McMurdo Station in Antarctica.