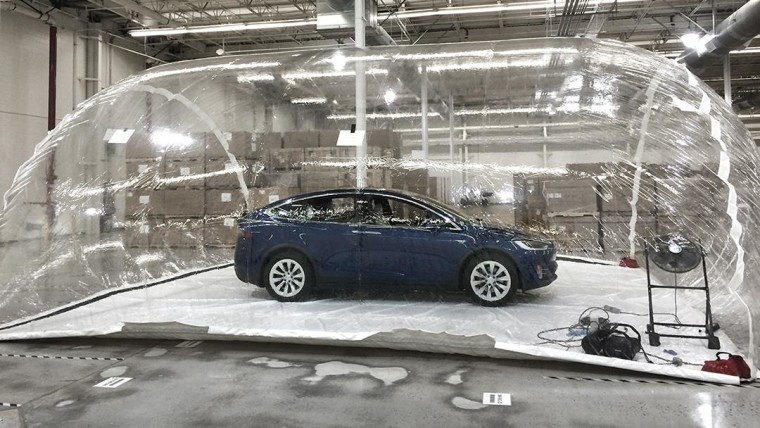 Elon Musk is changing the world around him. From the upcoming affordable Tesla 3 electric vehicle to Powerwall that can store energy for your home to run on, Musk's Tesla is building products that were once thought as part of a distant future. The future is now and Tesla continues to prove it through demonstrations of its most interesting features - one of which was just proven to be capable of saving lives in the most extreme situations.

Tesla's "Bioweapon Defense Mode" debuted with the Model X, the company's EV SUV. The mode engages HEPA filters to scrubs the air inside of the cabin of a Tesla vehicle when air quality deteriorates to sub-standard levels. Recently, Tesla wanted to prove its Bioweapon Defense Mode was the real deal, so the company put it through the most extreme situations to see how it held up. The results are impressive.

A Tesla Model X was surrounded by a bubble that would hold an extremely-harmful environment inside of it, guaranteeing anything that lived/breathed inside of it would surely die from the lethal pollutants in the air. The pollution levels were pushed up to 1,000 µg/m3 PM2.5 (Particulate Matter that is 2.5 micrometers in diameter - small enough to breath in and pass through some air filter systems). For those that aren't aware of how bad the air is at that point, "good" quality air is rated at a maximum of 12 µg/m3. Breathing air that had a pollutant rating of 1,000 µg/m3 is considered a "military grade bio attack". 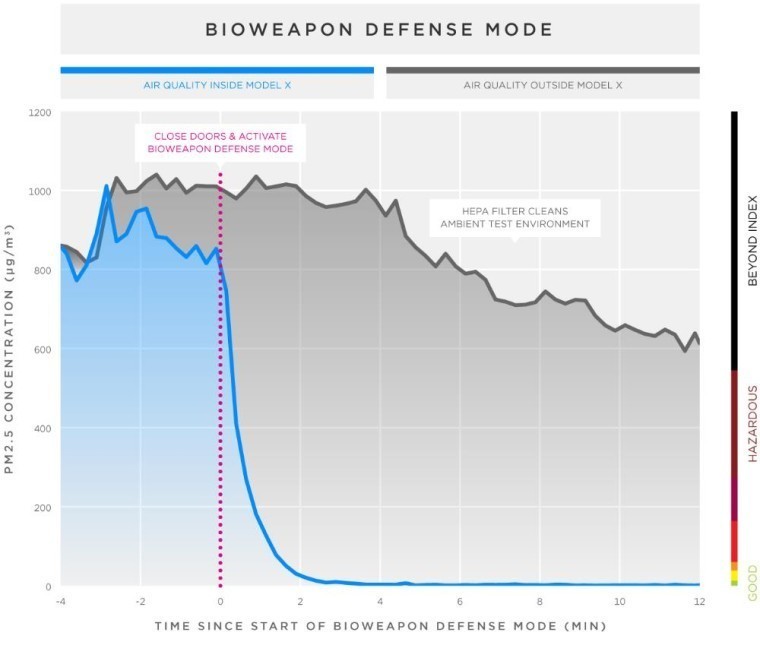 So, in the event you need to escape harmful or deadly pollutants in the air, jump into a nearby Tesla Model X or Model S and engage Bioweapon Defense Mode. It may sound like an over-hyped button in a video game but Tesla has proven it could potentially save your life. Or at least make it a little easier to breathe