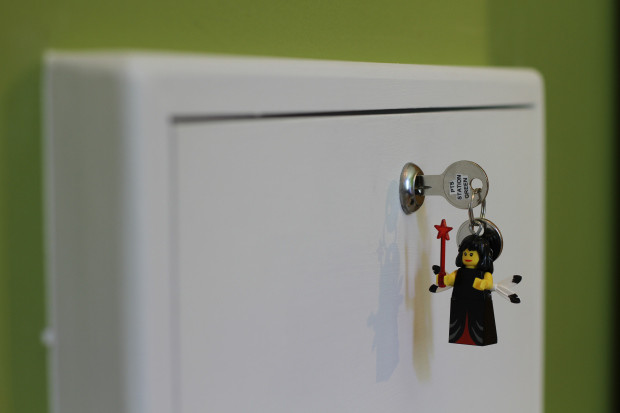 A father of two sons by the name of Jeff Highsmith took it upon himself to help the tooth fairy out a bit when his oldest son first discovered his tooth was ready for her inspection, so to speak. He built a pneumatic transport system using some PVC pipes that run through the walls of his house, a central vacuum located in the attic, a Raspberry Pi, and an iPhone web app. The result is pretty incredible.

He unlocks one of two transport stations in his home and instructs his son to place his tooth in the bottle and place it in the pipe. Then, using the iPhone glued to the wall on the right, he taps a few buttons to send the tooth off to the tooth fairy's magic treehouse. Dad has to excuse himself at this point since the tooth was sent through the pipe to the other station in the home. He takes the tooth out of the second station where it was transported, puts some money into the bottle, and sends the bottle back to his son. The son then watches his prize get transported back to him from the treehouse on the web app. Sure enough, the bottle arrives and he cheerfully claims his monetary reward. Genius!

Major props to this incredible father for being creative enough to use his technological knowhow, coupled with his sons' imaginations of course, to suck the tooth fairy into the 21st century. Good job sir, well done.

Check out the full video of the entire process below, or geek out over the how-to details over on Make.