Remember the movie Paycheck? No, not the crime movie with Mel Gibson; that's Payback. Paycheck is the 2003 sci-fi film where Ben Affleck plays an engineer who gets his memory wiped after every job. As it turns out, he learns he's made a machine (Spoiler Alert!) that can see into the future, and the presence of such a device will have some dire consequences for all mankind. Naturally, Affleck, with the help of Uma Thurman, saves the day by destroying the machine. 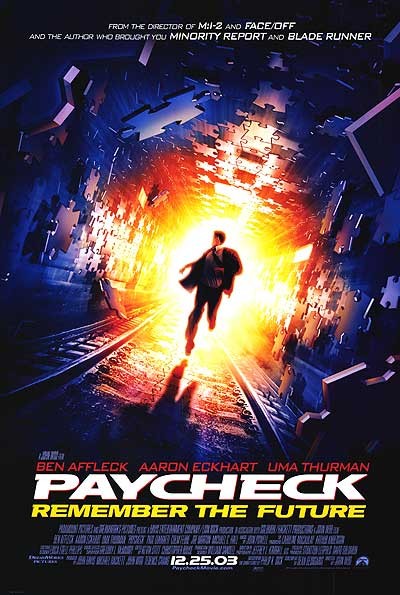 Now there's word that someone claims to have actually made something similar to the Paycheck device. The Telegraph reports that the Iranian scientist Ali Razeghi has registered what he calls ‘The Aryayek Time Traveling Machine’ with the country's Center for Strategic Inventions.

The title of this "invention" is actually misleading; there's no physical time travel involved. Instead, Razeghi claims that his device can predict the future of anyone who touches it five to eight years ahead in time. The results come out from a piece of paper on the device which Razeghi claims are "98 percent" accurate.

Razeghi also claims that the U.S. government has spent "millions" on a similar invention but he's managed to do it with a tiny budget. Unfortunately, it doesn't sound like he will be able to prove this device works as he claims that they are afraid that the "Chinese will steal the idea and produce it in millions overnight."

The Chinese? We think he should be more afraid of Ben Affleck and Uma Thurman. They both don't want a repeat of Paycheck to come at this stage of their careers.