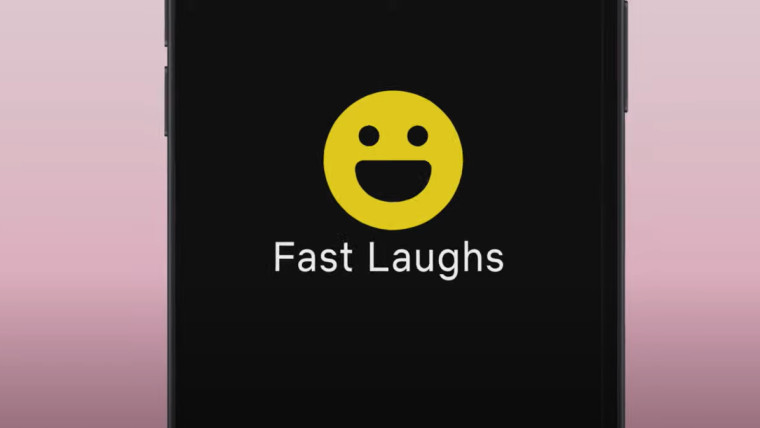 Netflix has started testing the Fast Laughs feature on its TV app. The company is deploying the feature to subscribers in English-speaking countries including the US, Canada, UK, Ireland, Australia, and New Zealand.

The Fast Laughs feature is currently in the testing phase and is entirely optional. Netflix account holders, who watch content on their TVs, can opt-in for Fast Laughs. Once activated, the feature will offer funny clips from Netflix shows, movies, and comedy specials. Netflix doesn’t seem to be aggressively promoting the feature. Fast Laughs is visible “several rows deep” into the main home page.

Just like its smartphone iteration, Fast Laughs will respect the account’s content settings. Moreover, it is completely absent on all kids’ profiles. If users find something they like, they can choose to watch the entire show or add the same to their watch list.

Fast Laughs is clearly a content discovery tool, optimized to suggest comedy shows. It could be yet another way to help viewers who can't decide and need the app to present suggestions. Netflix’s bottomless carousel and trailers are obviously the other two methods that try to help viewers make a decision.

On a smartphone, users can scroll videos vertically as well as share clips on WhatsApp, Instagram, Snapchat, and Twitter. There's also a TikTok-style progress bar at the bottom. The TV app should have similar functionality.