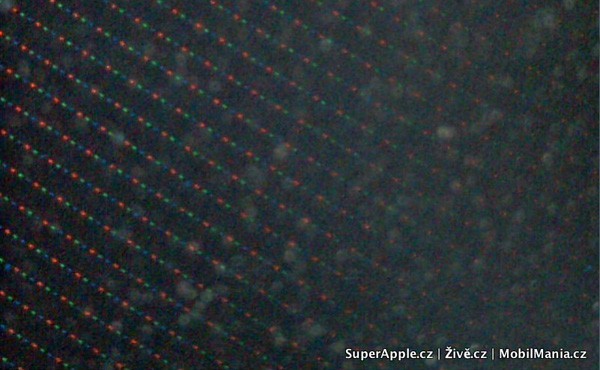 With the release of Apple's fourth generation iPhone imminent, there sure hasn't been much of a shortage in the leak department. Steve Jobs is expected to unveil the Cupertino based company's latest creation on June 7th at WWDC. According to the most recent bits of news, the next iPhone, which will likely be called the iPhone HD, or iPhone 4G, is expected to sport a fresh, new design and feature a screen resolution that has yet to show itself on a smartphone.

Engadget (via superiphone.cz) has all but confirmed that the screen will sport a mindblowing 960x640 resolution, effectively quadrupling the number of pixels of its predecessor. This will allow easy scaling of current App Store apps, and provide the sharpest picture, and highest pixel density of any smartphone on the market. The confirmation comes from someone in the Czech Republic claiming to have the phone in hand. Using a microscope, the site was able to determine the above information.

Regarding the design, ZDNet has posted two videos from iPhone Portugal, showing off the new iPhone's chasis. The site claims they received the parts legally and that they are of production quality, as the two pieces are identical in every which way. Considering the detail and polish of these casings, it seems pretty safe to say that they're genuine Apple-grade parts. You can see the detailed videos below.