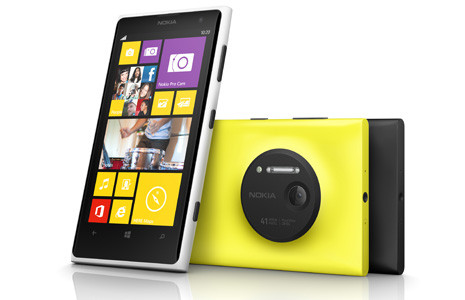 On Tuesday, AT&T started selling the Nokia Lumia 1020 on its website ahead of its official launch date on July 26th. If you were hoping to get in on some of that pre-order action, you might have to wait a little while longer as the white, black and yellow versions of the Windows Phone 8 device are now "out of stock online" on AT&T's site.

The pre-order page tells the story. Apparently, there are enough buyers for the $299.99 phone, with its big 41 megapixel PureView camera, that AT&T has run out of its first run allocation.

If you still want to get the Lumia 1020, Best Buy's website is still taking pre-orders for the phone, although their page does say they will start shipping units out "when we receive stock." Currently, the site still says that the phone will be made available for sale on July 26th, but people who pre-order from Best Buy might not get their smartphone on that day, depending on how many units Best Buy has ordered.

The Microsoft Store website is also still taking pre-orders for the Nokia Lumia 1020. Keep in mind that the Microsoft offer includes a free Camera Grip case if you buy the phone from them, which also requires a new two year contract with AT&T.