A report has claimed that Nokia will be launching a VR headset at its mystery event on July 28. 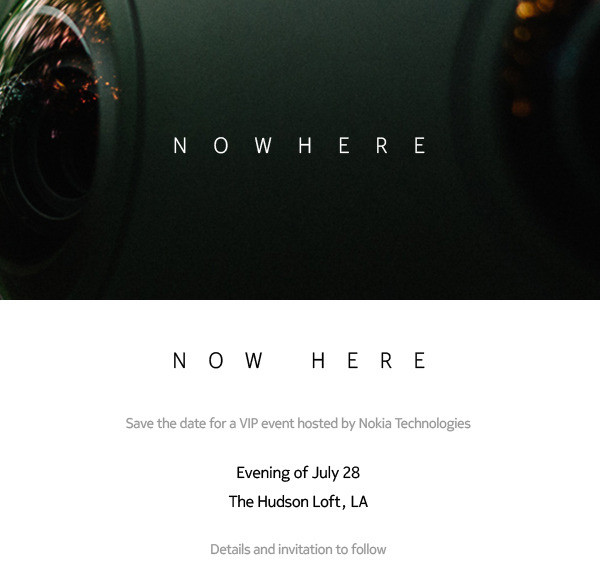 Earlier this week, Nokia sent out an invite to members of the press titled "Nowhere" but did not mention what it was about. Initial speculation had indicated that the company would launch a wearable to get back into the consumer products market since off loading its hardware division to Microsoft. Although, Nokia cannot sell a self-branded smartphone till next year, wearables could be its way to gain mind share once again.

Now, Re/code has published a report with information from trusted sources confirming that Nokia will launch a VR headset at the 28 July event. Currently, many companies such as Microsoft, Google, Samsung and HTC are working on VR technology but are yet to launch their offerings and Nokia likely doesn't want to waste any time in getting its product out to the public.

Although, the report claims to be from trusted sources, there's still room for change until things are made official on the 28th in Los Angeles.