A recent survey shows that Americans are perhaps just as attached to their mobile phones as you think they are.

Though you wouldn't guess some would actually admit it, one in five people would rather go without shoes for a week than without their phones; 43% of iPhone users marks the top of the list of those who would go shoeless, Android (27%) and BlackBerry (25%) users coming in second and third, respectively.

BlackBerry users were less pick, only 47% chose other BlackBerry users. Though it's probably best to keep your options open since 55% of users would give up exercising than their phone for a week. The stats go on to say that 70% would rather give up alcohol, 63% would dissatisfy their sweet tooth and forego chocolate, 55% would do without caffeine for a week rather than their mobile phones. 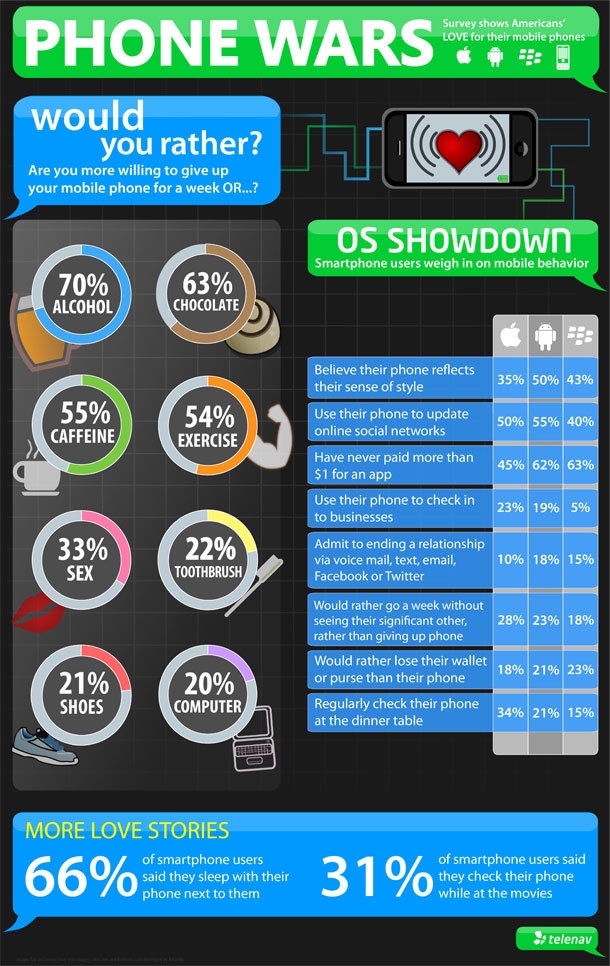 It should be noted that TeleNav is a provider of location-based mobile applications and it would behoove them for consumers to be more attached to their devices.