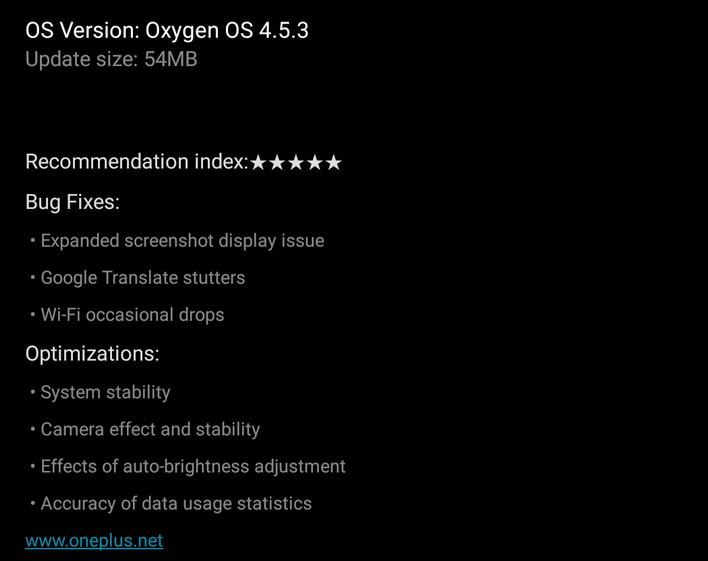 The OnePlus 5 made its debut a week ago and finally went on sale to the general public starting today. As the handset arrives in the hands of its eager customers, a new update is also starting to roll out, giving OxygenOS some bugs fixes, while also bringing some needed optimizations.

According to a screenshot, the 4.5.3 update will include:

OnePlus has been fairly quick about issuing updates, with today's being the second one to arrive in a week. The first update also bundled up minor optimizations and bug fixes. Many owners will no doubt be waiting for the 4K image stabilization that the firm promised during a Reddit AMA recently.

The OnePlus 5 is now available starting at $479 for the 6GB RAM model. The 8GB RAM model will be available at $539. Both can be purchased from the official OnePlus website.