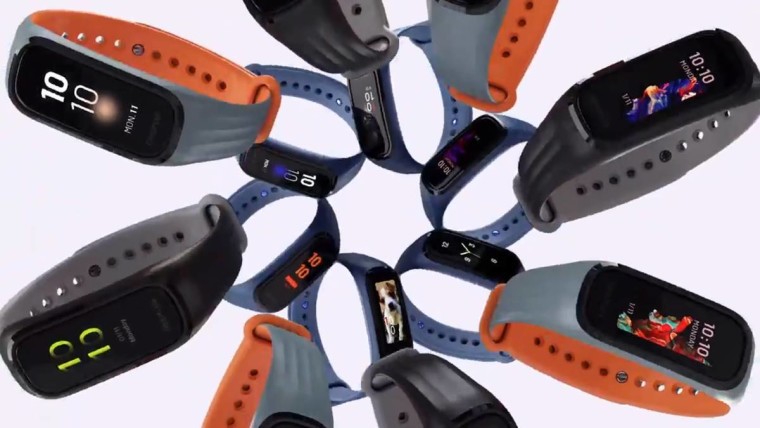 After months of leaks and rumours, OnePlus has officially launched the OnePlus Band in India. The fitness band will be available in three colours - Black, Navy, and Tangerine Gray.

The OnePlus Band will come with a 1.1-inch AMOLED display and will have a resolution of 126 x 294 pixels. It will also include blood oxygen, 3-axis accelerometer and gyroscope, and optical heart rate sensors. The OnePlus Band will carry 5ATM and IP68 water resistance ratings. OnePlus also says that the Band is water-resistant up to 50 meters for 10 minutes. Furthermore, it can also track sleep patterns and supports 13 exercise modes including Outdoor Run, Indoor Run, Fat Burn Run, Cricket, Badminton, Yoga, and more.

The Band will support English, Hindi, and Chinese languages. OnePlus says that the Band will work on Android 6.0 or above devices. There is no word on if the Band will work with iOS devices as well. OnePlus is including a Band, strap, wired charging dongle, Red Cable Club welcome card, and user guide in the box.

The OnePlus Band will go on sale on 13th January and will be available via Amazon India and the OnePlus India store for an introductory price of ₹2,499. Amazon is allowing users to subscribe to updates so that they can receive a notification when the band is available for sale.