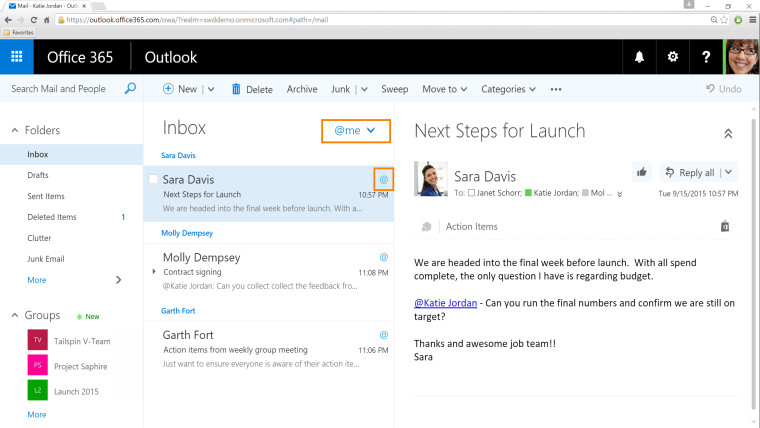 Microsoft's Outlook team has announced that it is rolling out the "Like" button to its Office 365 web client and is planning to launch @Mentions towards the end of November.

The Office 365 version of Outlook is already feature-packed but that hasn't stopped Microsoft from introducing new features to the service. The newest additions announced today include a "Like" button similar to that on Facebook and mentions triggered using the @ symbol for starting conversations or tagging.

Using the like button, users will be able to better endorse mails that matter to them and it will send a notification to the sender as well. The feature can be a very useful one as it would avoid the need to get involved in endless acknowledgement mails and will also act as a read receipt. 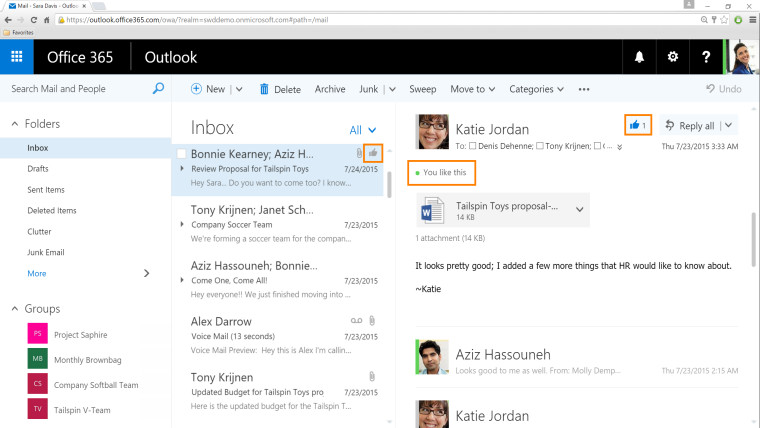 The mentions feature is also a welcome addition for users who carry on long conversation threads and drag in various recipients in the process. Using mentions, the user can @ tag their contacts into the body of the email and Outlook will add them to the list of recipients as well. The inbox will show a new @me filter so the user can make sure to respond to directed mails.

Microsoft has revealed that the like button is already rolling out to Office 365 First Release users with Exchange Online, while the mentions feature will be rolled out by mid-October to these users. Other Office 365 users will have to wait till mid-October and mid-November respectively to get their hands on these new features.

Outlook.com users will also be getting the mentions feature towards the end of the year but there is no word on whether the like button will be launched for the free email service. Desktop and mobile clients for Outlook are set to receive the update in 2016.