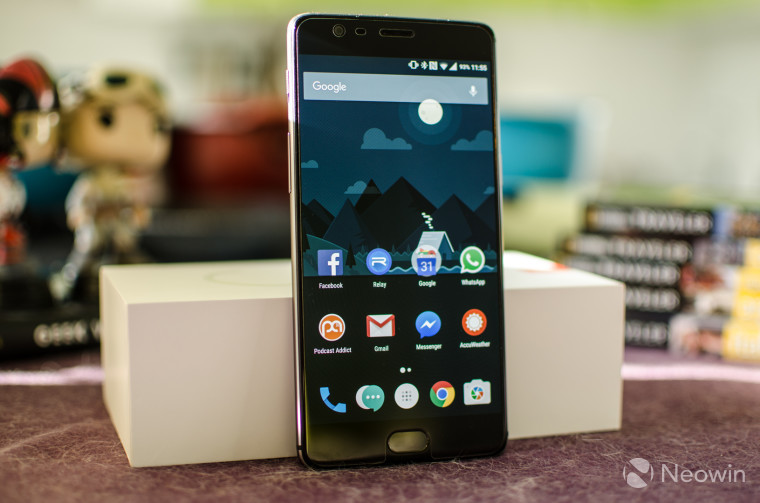 OnePlus 3 and 3T users started to get the OxygenOS 5.0.1 update today, but apparently, the changes are not playing nicely with Google Play Protect, which is asking users to uninstall FactoryMode, formerly EngineerMode.

Users of the handsets have been flocking to the official OnePlus forums and Reddit to complain about an error message they are getting from Play Protect that is identifying the new FactoryMode as a potentially harmful app. The message states "This app contains code that attempts to bypass Android's security protections" and asks users if they wish to uninstall it. 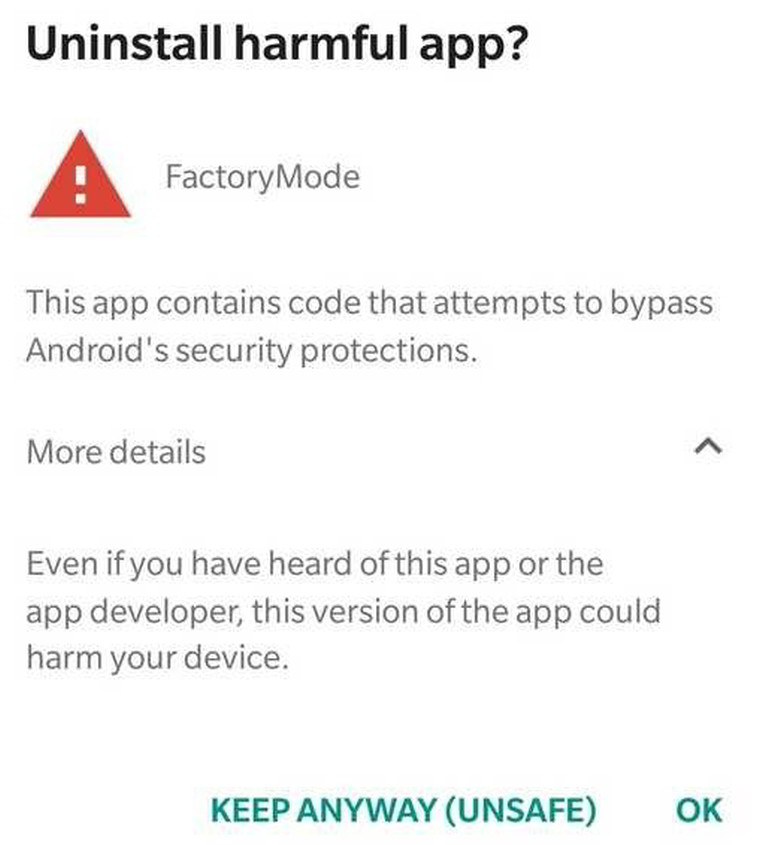 FactoryMode is a pre-installed system app that was modified to replace EngineerMode, which had a flaw that allowed backdoor root access to OnePlus devices. OnePlus removed the faulty code, and have since rebranded the app as FactoryMode.

Why Play Protect is seeing the new app as a threat is unclear. The service scans code looking for known potential threats, but legitimate apps have triggered the warning before, so it isn't infallible.

It is unlikely FactoryMode needs to be uninstalled and this is just a false positive, but XDA Developers offers the following solution if you want to install it anyway. Enter the following ADB commands:

Keep in mind that OnePlus could use FactoryMode on the device for troubleshooting or other potential problem solving, so uninstall at your own risk.

This isn't the first time OnePlus 3 and 3T users have had an issue with the OxygenOS, which is based on Android 8.0 Oreo. OnePlus pulled the OTA 5.0 update in early December because of a variety of reported issues.