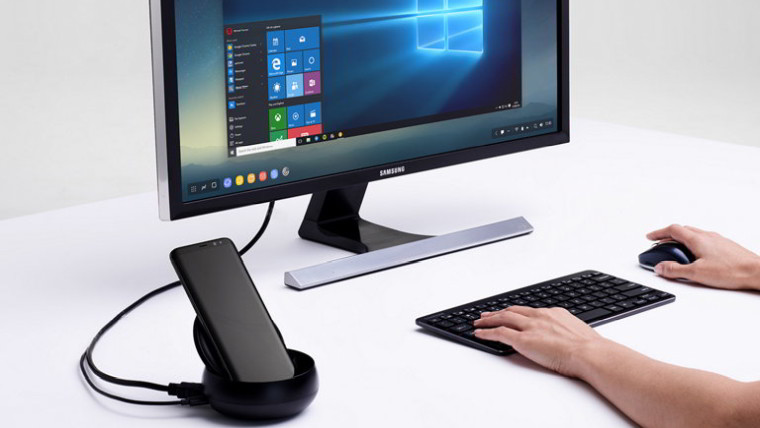 While rumors have been circulating that Samsung could be modifying its DeX Station for the upcoming Galaxy S9, the company used the lull of the holidays to slip a trademark request into the European Unity Intellectual Property Office for the term DeX Pad.

The application, which Samsung filed on December 29, seems to give credence to the rumors that the Dex Pad could be announced when the Galaxy S9 is unveiled, possibly at CES next week, but more likely at the Mobile World Congress in late February. While the DeX Station was more like a dock, the DeX Pad is expected to be a touchpad on which compatible device can be laid. It is unclear if the device will require wired connections for communication with the device and monitor and keyboard peripherals, as the dock did, or whether advances in wireless technology - which Samsung has helped pioneer - will allow the pad to act as a wireless hub of sorts. 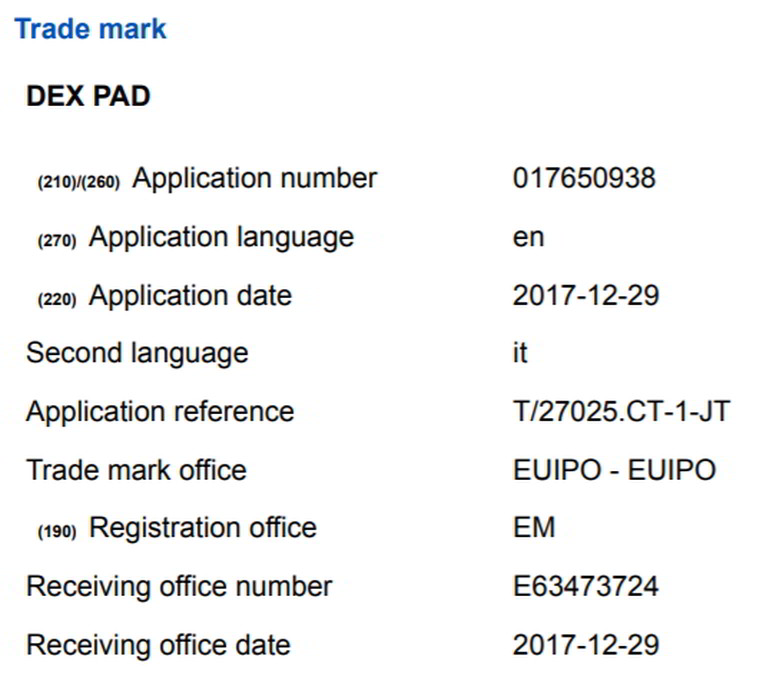 The device could be unveiled as an initial pre-order package deal with the Galaxy S9 handsets as the DeX Station was with the Galaxy S8 in some markets last year. If pricing is similar, you can expect to drop an additional $150 on the Dex Pad.

CES runs January 9-12, while﻿ the Mobile World Congress will be held February 26 to March 1, so it is likely we will see the Dex Pad soon.