As smartphones become ever more capable, one aspect of handset technology that continues to limit their usefulness is battery life. It’s a wonderful thing to have a device that can perform a seemingly endless range of tasks and tricks, but many of us find that our smartphones squeeze the life out of our batteries rather more quickly than we would like.

If you’ve had enough of plugging in your handset every evening (or more regularly, if you’re spanking your battery particularly hard), Philips may have just the device you need. 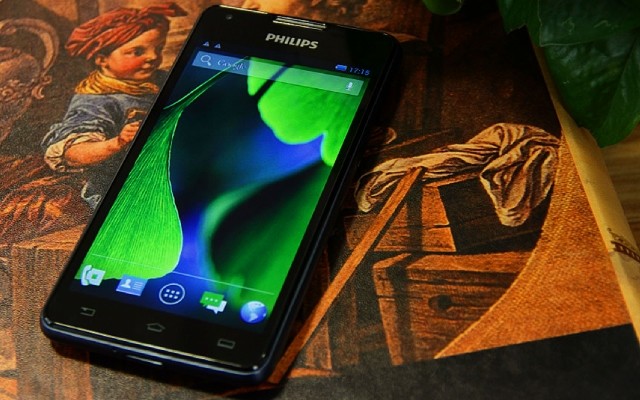 At a glance, the W6618 appears to be as unremarkable as its name suggests. Its spec sheet is rather soporific too: a 5-inch display with 960x540px resolution; 1GB of RAM; 4GB of storage; a 1.3GHz quad-core MediaTek processor… It seems there’s nothing to get excited about at all.

But there is one entry on the handset’s spec sheet that does make it rather special. As PhoneArena reports, the W6618 boasts an immense 5300mAh battery – far larger than any of the leading flagship smartphones, and bigger even than the battery included in some tablets.

Nokia’s range-topping Lumia 1520 phablet, for example, has a 3400mAh battery; the Dell Venue 8, Google Nexus 7, Samsung Galaxy Tab Pro 8.4, Acer Iconia W4, and many other small tablets all feature batteries smaller than that crammed into the Philips W6618.

That big juicy battery means the handset will give you up to 66 days of standby time, and 33 hours of talk-time. You’ll also get dual-SIM support, but you won’t get the latest version of Android – instead of 4.4.2 KitKat, you’ll have to make do with 4.2 Jelly Bean instead. The handset isn’t exactly svelte either, with an 11.6mm profile and weighing in at 200g – hardly surprising, though, given the amount of room needed to accommodate that big (and non-removable) battery.

But even if you’re sold on the idea of the W6618, you may not actually be able to buy it in your part of the world, as Philips handsets are not widely available outside of the Asia-Pacific region. Currently, the device is only on sale in China, where it can be purchased for 1699 CNY (just under $273 USD).

Still, even if you can’t get your hands on a W6618, leaving you stuck with your existing handset, you could always find your nearest puddle of water to give your battery a boost.