A few days ago I received the PiPO X7 and I've since had a bit of a chance to play around with it. I've found there are a lot of things to like, especially considering the price, but there are some issues I need to investigate further. While you wait on my full review, here's the unboxing and my first impressions of the device.

I'm a huge fan of how snappy it is. After initial setup and updating and whatnot, it takes two or three seconds to load to the Desktop in a cold boot. Since it comes with a full blown 8.1 installation, it makes for a great PC for the casual user. I'm happy with the connectivity available, including four separate USB ports, an Ethernet port and a 3.5mm audio out.

As mentioned above, it comes with a full-blown Windows 8.1 - albeit 8.1 with Bing - installation, meaning full x86 support. No dealing with Android or some shoddy ARM-based Debian distro with no hardware acceleration. This is the real deal. I've watched a couple movies and played around on Netflix and everything has been as smooth as it has on my Desktop PC. It also has no fans or moving parts so the entire thing is completely silent - a step up from my old laptop which sounds something like the Space Shuttle when taking off.

The entire thing is encased in aluminum, not plastic, which not only helps with cooling and durability but it also looks pretty great. While online benchmarks showed it to be similar in performance to the 2012 i3 processor in my laptop, the performance in the PiPO X7 is significantly worse. While it certainly runs much cooler, it seems like at least the single thread performance is still pretty low. I'm going to do a few benchmarks and such to see if it really is the case, and hopefully I'll be able to solve it in one way or another. To be clear, I noticed this during video playback, and it mostly seems to be a problem with a single application (Daum PotPlayer) rather than XBMC or Windows Media Player - both of those run really smooth, even on high bit rate 1080p content.

The lack of USB 3.0 ports also sucks, especially considering it's 2015 - I'd expect at least one USB 3.0 port on there. What I also really disliked was the lack of removable antenna.

The PiPO X7 has a bright red LED light to indicate that it's switched on. I really can't stand red LED lights, especially bright ones, but this one really goes above and beyond. Because of how bright it is, it also illuminates the inside of the PiPO X7 and the light leaks out the grills on the side. If I was a Klingon I'm sure I'd like the strong red LED, but since I'm just your average human then I'd prefer a much more neutral white or even blue.

The full review should be out in a few days, so keep your eyes out for that. In the meantime, enjoy the unboxing gallery below. 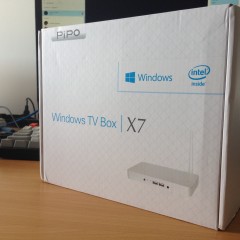 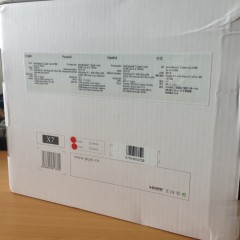 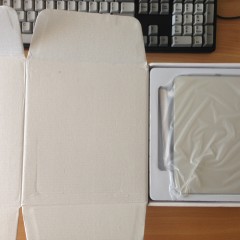 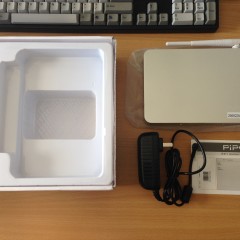 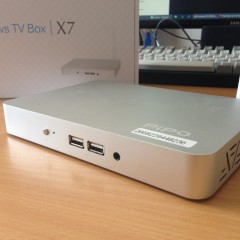 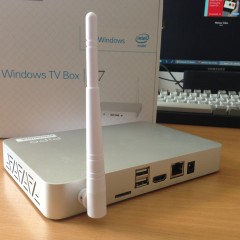 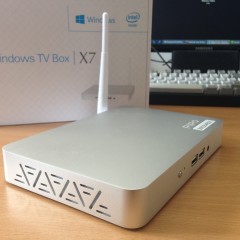 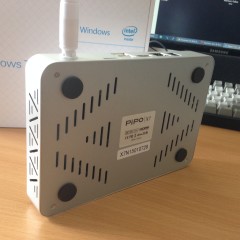 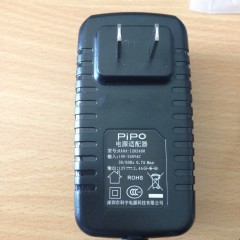