After weeks of rumors, Samsung's latest Windows Phone 8 product is now available for pre-order as a Verizon Wireless exclusive. The Samsung ATIV SE can be yours if you pay $199.99 for a two year contract or $599.99 with no contract. 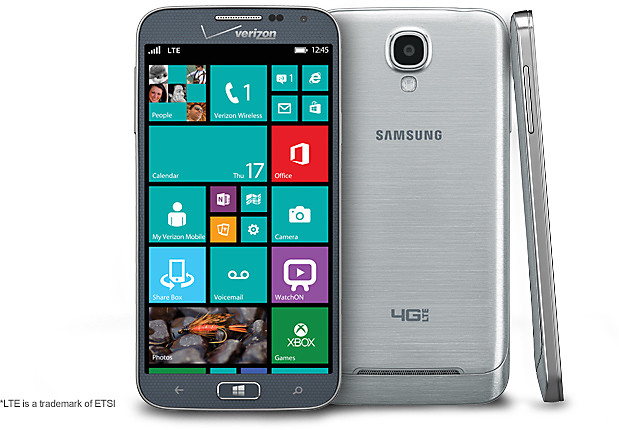 Verizon's pre-order page says the phone will start shipping on April 12th and will throw in a second ATIV SE for free if you get one with a two year contract. The hardware specs include a 5 inch 1080 display, an unnamed 2.3 GHz quad-core processor, 2 GB of RAM and 16 GB of storage. There's also a 13 megapixel rear camera, a 2 megapixel front facing camera and 2,600mAh removable battery that Samsung says will last up to 20 hours.

Previous rumors about the phone indicated it might come with Windows Phone 8.1 out of the box, but we now know that won't be the case. Microsoft's latest version of the OS is now scheduled for completion by April 14th. Microsoft also announced at BUILD that it is offering Windows Phone to all smartphone OEMs for free, along with Windows 8 on tablets that are smaller than 9 inches.

Source: Verizon via The Verge | Image via Verizon