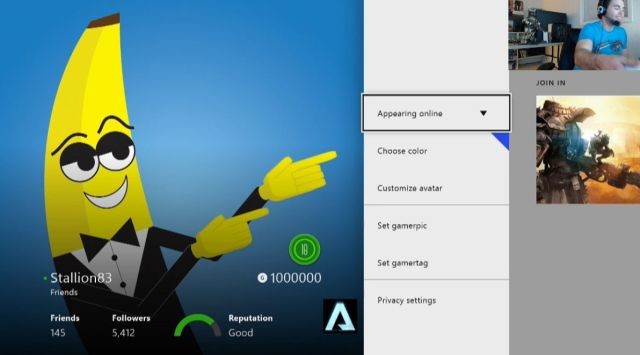 The man who set out to get 1 million Xbox Live Gamerscore points over eight years ago by playing games for the Xbox 360, Xbox One, Games for Windows and Windows Phone has finally reached that mark. Ray Cox IV, who goes by the gamertag "Stallion83" online and is already the person with the highest ever Xbox Live Gamerscore, hit that final achievement that pushed his score points to seven digits earlier this morning.

Cox went on his Twitch streaming video feed to stream his last few Gamerscore achievements on the Xbox One. He played a variety of games, including Battlefield 4, FIFA 14 and Lego Marvel Super Heroes, before getting to the 1 million mark by playing.Titanfall, specifically by destroying a Titan as a ground pilot with a rocket launcher to complete the "I Like A Challenge" achievement.

In November as part of Microsoft's Xbox One launch festivities, Microsoft honored Cox for his previous achievements by giving him two items; a box that contained the first ever lifetime Xbox Live Gold membership and a rare white Xbox One launch team console. Cox used that same white Xbox One and its white controller this morning to reach the final 50 points he needed to get to his 1 million Gamerscore goal.

Massive Achievement Unlocked: On behalf of the entire @Xbox team, congrats to @Stallion83 the first person get over 1-Million Gamerscore

Cox was very emotional on the video feed after reaching his goal. He said that he wanted to tell his future grandchildren about how he got to the 1 million mark. He also said that he is not sure what he will do next, other than he doesn't plan to play games in the same way. He doesn't feel he will try to reach the 2 million Gamerscore mark.