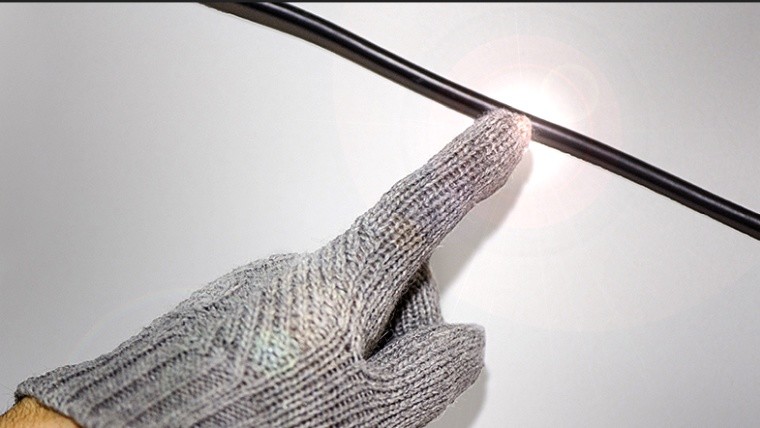 Engineers at the US-based Purdue University have figured out a way to turn conventional apparel into smart wearables. According to the researchers, the smart bits in these clothes are powered wirelessly and can withstand a regular laundry routine.

The team demonstrated its washable textile in a series of YouTube videos. One such demo includes a glove with a built-in LED that glows when it comes near a live wire under water. This concept can lead to a product that can warn users about possible electrical hazards.

Owing to recent improvements in miniaturized circuits, the researchers can integrate a variety of health monitoring sensors right into your clothes. For power, these sensors rely on purpose-built silk-based coils sewn into the fabric to tap into the energy of Wi-Fi and other radio waves in our surroundings.

Ramses Martinez, an assistant professor at Purdue University believes that future smart apparels will be able to relay information to your smartphones and computers. By tracking the user's motion and posture, such clothes can even be used for playing video games. We hope that it doesn't end up like the Aura Interactor gaming vest from the 90s.

Since electronics and water don't mix, the engineers developed a spray that uses hydrophobic molecules to turn these wearables water repellent. It also has a rather pleasant side effect of stain resistance. The researchers claim that the water repellent coating is so thin that the clothes remain flexible and breathable.