Ever since Microsoft dropped its OS licensing fees for small Windows devices earlier this year, we’ve seen the market flooded with low-cost Windows Phones, tablets and notebooks. Microsoft has succeeded in attracting over fifty new hardware partners to the Windows ecosystem this year alone, and these companies are offering devices at prices barely imaginable a couple of years ago.

Promotional pricing is making these devices even more affordable, and this weekend – with Black Friday offers in full swing – has presented what could be the perfect deal for those looking to upgrade to some new mobile hardware on a tight budget. 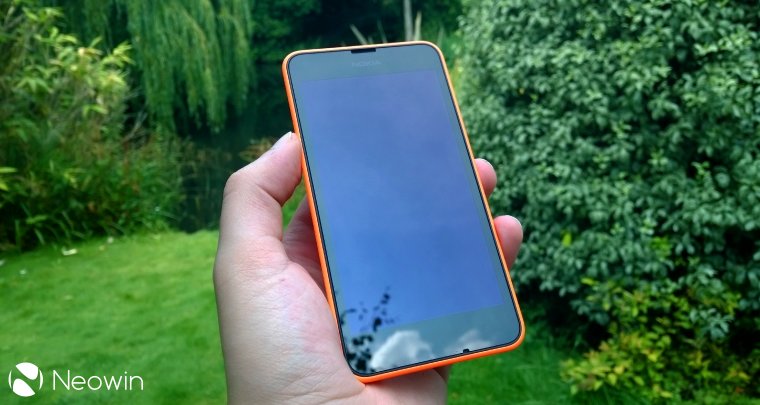 The Windows Phone in question is the Lumia 635. The 635 is the 4G version of the otherwise identical Lumia 630, which we rated fairly highly – albeit with a couple of reservations – when we reviewed it earlier this year.

The handset features a quad-core 1.2GHz Qualcomm Snapdragon 400 chipset with 512MB of RAM and 8GB storage, along with a 4.5-inch FWVGA (854x480px) display and 5MP rear camera. However, there’s no flash for the rear camera, and no front-facing camera at all, so the Lumia 635 is not without its compromises.

And at just $39.99 off-contract, the Lumia 635 makes a whole lot of sense. The device is usually priced at between $80 and $100, but it is currently on offer on AT&T via the Microsoft Store for just under $40. At that price, the handset has been hugely popular and has already sold out, but you can still order it at that price, with delivery promised within 2-3 weeks.

And don't forget that Microsoft has promised that all of its Lumia Windows Phone 8.x handsets will be upgraded to Windows 10 when it comes available next year - so you can buy the Lumia 635 with the confidence that your handset will be updated, something that can't always be said about low-cost Android phones.

A similar bargain is the WinBook TW70CA17 tablet, which is now available from Micro Center stores in the US for just $59.99. The device features a 7-inch 1280x800px LCD with quad-core 1.33GHz Intel Bay Trail-T Z3735G processor, 1GB RAM and 16GB storage, along with microSD slot, as well as front and rear cameras.

That $59 MicroCenter tablet? It does include Office 365 for a year. So yeah, -$10 for the tablet. pic.twitter.com/RrXntY8orv

What makes this device especially compelling, aside from its astonishingly low price, is that - like other small Windows devices - it also includes a free one-year Office 365 Personal subscription, worth $69.99.

That effectively makes the price of the tablet -$10.00, and the value doesn’t end there: Microsoft announced last month that Office 365 subscriptions now include unlimited OneDrive online storage. 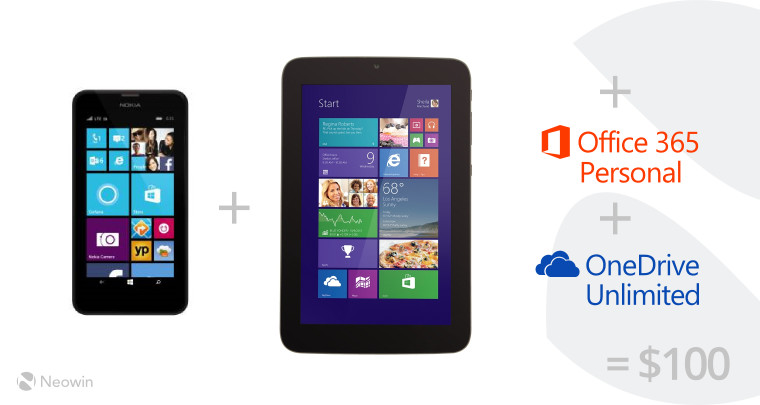 So, for under $100, you can get a good quality Windows Phone 8.1 handset with 4G LTE support, a light (if fairly basic) Windows 8.1 mini-tablet, a year of Office 365, and a year of unlimited OneDrive storage.

For a hundred bucks.

How times have changed.