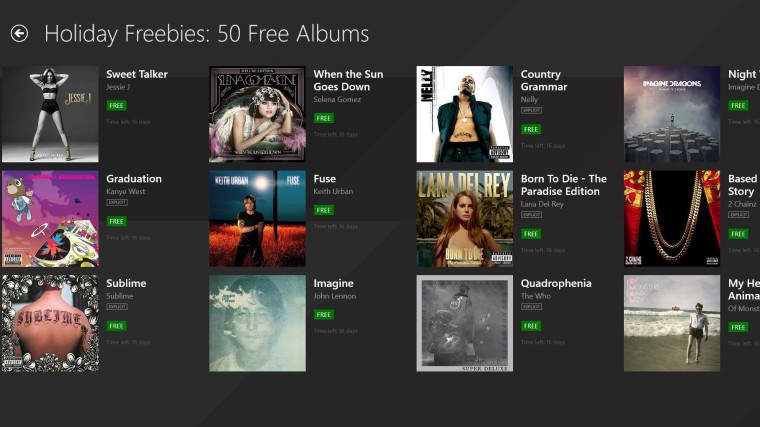 Not long ago, Microsoft published the Music Deals application to give users of the Xbox Music platform alerts on active sales for single tracks or entire albums. Now, Microsoft is pushing its biggest deal yet: 50 free albums from various artists through December 15, 2014 under its "Holiday Freebies" promotion.

If you're expecting more of an independent artist collection, think again. Xbox Music is giving away popular albums, such as:

Microsoft is working hard to drive traffic and adoption of its Xbox Music service. Offering free music is certainly an excellent way to do so. In order to take advantage of these deals, you will need to be in the United States as the promotion is only available in that region (probably due to RIAA copyright and other legalese outside of Microsoft's control).