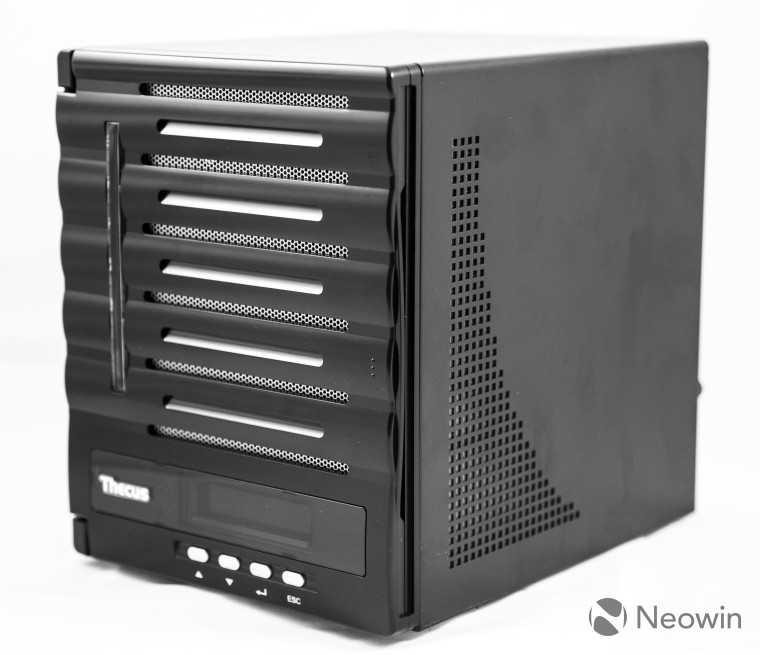 The weather's getting colder, and the Holiday season is finally upon us. To celebrate, we're planning on running some giveaways to reward our loyal readers. Although we won't spoil the surprise quite yet, we're sure you're going to like each and every one of them!

First up, we're giving away the Thecus N5550. We reviewed it this past summer, and it received a respectable 7.5 out of 10. This NAS was the fastest device we reviewed this year when it comes to moving small files around, and held its own in large files. In addition, most of the issues we had with the N5550 revolved around software, and since Thecus is continuously updating it, we hope that this device will only get better with time. Please do note that this does not include hard drives.

How do you enter? We're using Rafflecopter for tracking, but have provided a lot of different options for folks, including a way to enter without using social media since we know many people don't like Facebook and Twitter. That said, we have to push social media because that's one of the things companies like Thecus look at when deciding whether to allow us to give away the products we review.

The entrance methods are:

The contest is open to anyone in the world, but keep in mind that you'll be responsible for any taxes and fees. You should also review our legal terms if you have any questions.

The contest will run until November 30th at midnight, GMT, so be sure to enter and good luck!

UPDATE: The winner has been selected, and the lucky person is brendeth! Thanks to everyone who entered, and be on the lookout for more giveaways throughout the month of December!