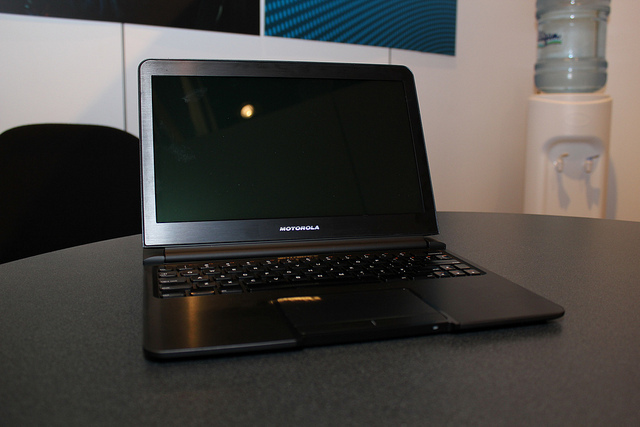 It seemed like a good idea at the time - to some, at least. A while back, Motorola offered consumers a way to link up some of its smartphones to its LapDock accessory; basically a hardware add-on that could turn some smartphones into a notebook-like device. The Lapdock could work with the Motorola ATRIX along with a number of other Motorola smartphones.

All of this was well before Google bought Motorola earlier this year for $12.5 billion. Now it looks like the days of this quirky smartphone accessory are over. Phonenews.com reports, via unnamed sources, that Google has killed off development of the LapDock add-on and its Webtop software application.

The story also claims that Verizon Wireless stores that still have LapDocks available are selling them off at $49.99, compared to its previous price of $250, even to customers who have a compatible phone but are not Verizon customers. The full list of Lapdock-based smartphones include the Motorola ATRIX, the ATRIX 2, the Droid RAZR, the Droid 4, the Droid Bionic, and the Photon 4G.

If true, it's not that much of a surprise. While the Webtop software has supposedly been improved since its first release, the fact is that Motorola was asking people to pay for the LapDock add-on at a price that was almost as expensive as a full PC notebook.