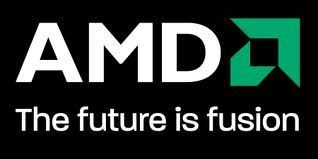 As AMD tries to go after its long time rival Intel while also dealing with the decline in PC hardware sales, the company has apparently put all of its eggs into its Fusion strategy for its processors. NGOQ.com has posted up what it says is a leaked presentation by AMD that goes over what the company could be working on as it develops its Fusion line of processors that combine both CPU and GPU onto one chip.

In particular, the A-Series of processors is designed to combine a high end quad core CPU with all the features of a discreet DirectX11 GPU, according to another one of the presentation slides. In another one of the slides, AMD claims the A-Series will also have the capabilities to give PCs up to 10 hours of battery life. AMD claims that the technology will allow the CPU to shut down some components that won't be needed to extend the battery life.

Other slides look into AMD's plans for the growing tablet market, claiming that it's Z-Series processor will be able to give tablets DirectX 11 graphics support, the use of Internet Explorer 9 and Microsoft Office 10 and more.