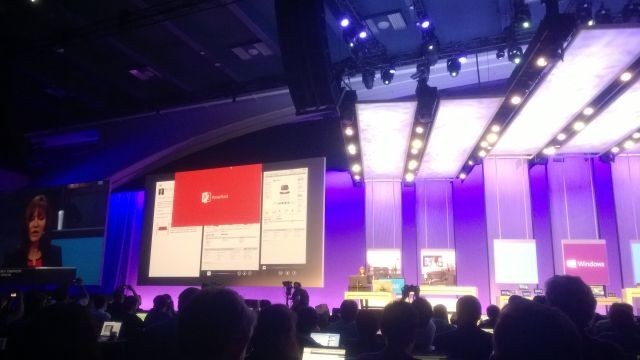 The wait for Microsoft to launch its popular Office applications specifically for touch-based devices like those that use the Modern UI in Windows 8.1 or Apple's iPad could end in the late spring or summer time period of 2014. That's the new time table that ZDNet's Mary Jo Foley is reporting today, via her unnamed sources at Microsoft.

Her latest report says that Microsoft Office team has had to make the Word, Excel and PowerPoint Modern UI apps almost from scratch, with features such as a revamped ribbon model and a way to save documents to the cloud as the default. During Microsoft's BUILD 2013 conference, the company very briefly showed off what was called "a preview of an alpha" of a Modern UI-based PowerPoint program.

As we have reported before, the rumored code name for the touch-based Office applications program is "Gemini". Today's new report claims that the touch-themed Office apps are being referred to internally by Microsoft as WinRT apps, and their design will be the core behind not just the Modern UI versions but the ones that are being made for iOS and Android platforms as well. Indeed, the report points out that a version of Office for the iPad has been rumored since November 2011.

Today's report also says that the familiar desktop versions of Office will still be developed and released "for the foreseeable future", and other Office related programs like Publisher and Visio will continue on too. One application that may not be continued is InfoPath, according to the article.