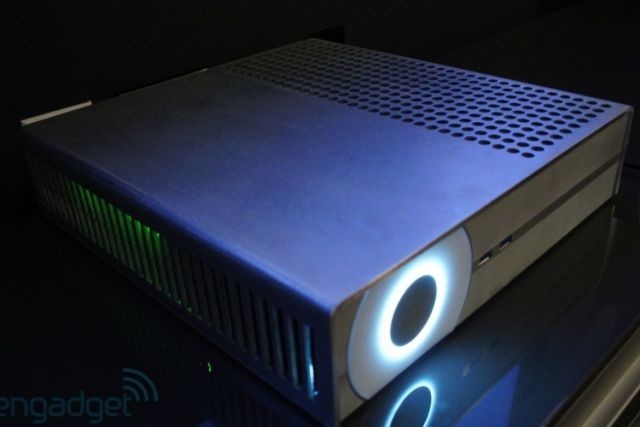 Valve announced their plans to help launch a line of gaming-themed Steam Machines, made for the living room and using Valve's SteamOS, in September. Today, the first images of Valve's own prototype for a Steam Machine have been released as well as some new information on the game console-like hardware and software.

According to Engadget, the prototype Steam Machines, which will be sent to 300 beta testers later this year, have an Intel Core i7 CPU and a NVIDIA GTX 780 GPU inside. There's no word on the amount of RAM or storage space and the prototype also does not have an optical drive. However, it does run on SteamOS, which Valve says is a version of Linux that has been developed exclusively by the developer and not based on another Linux OS such as Ubuntu.

The article makes it clear that the Steam Machine prototype is not to be a replacement for a typical gaming PC. Aside from a web browser, SteamOS does not have anything like a typical Windows OS has such as a file browsing system. In other words, it's a closed system in terms of its OS, more like an Xbox One or PlayStation 4 than a Windows 8 PC.

Valve says that more information on their Steam Machine launch plans will be announced at CES 2014 in January, including which third party companies will be making the hardware boxes and their configurations, that will vary between a low end product designed mostly for streaming content from a PC to a TV to a high end hardware box.