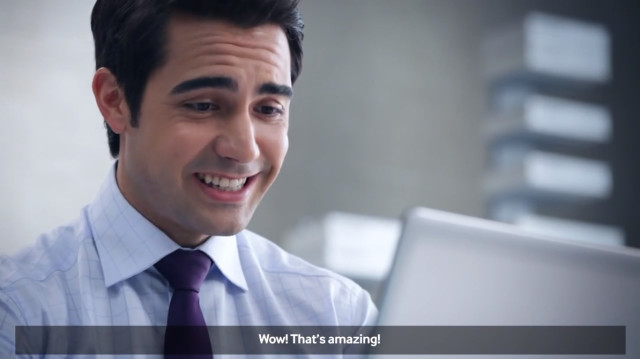 While it may impress audiences in Korea, some Western viewers find this ad rather sarcastic.

The ad for Samsung’s 840 EVO series depicts three people, who have encountered problems with their computers. After installation, it seems their problems are instantaneously fixed. While this may sound like a typical ad for the South Korean company, it has recently caused quite a stir on Youtube and Reddit alike.

Many users have commented on the “sarcastic nature” of the film, leading many to believe it is a joke.

One Youtuber posted: “Seriously, did the Onion produce this video for Samsung?”.

However, in Samsung’s defence, other users claim the video can be described as a Western style advertisement catered for a Korean audience. It is normal to words are often slowly spoken in an “exaggerated tone in East-Asian culture”, according to a comment. 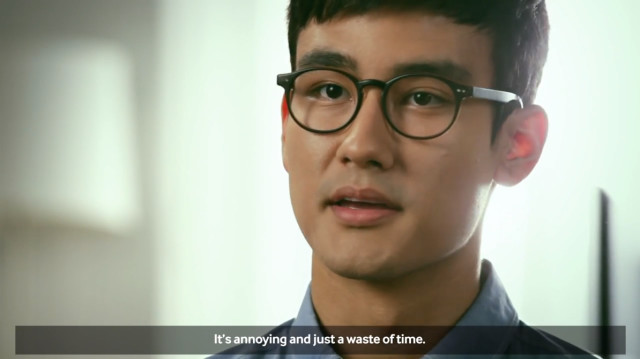 The asian gamer is seen by many as "painfully stereotypical".

Redditor throwaway49749, who claims to be an actor in the ad, attempts to explain it in greater detail:

"They force us to speak slowly since this will be dubbed over in Korean, and even when it isnt, most people viewing it will be Korean. They ask us to exaggerate since many Korean people feel that's how we 'naturally' act (most people here are not very expressive)."

He explained that the ad, which was written by non-native English speakers and meant for a Korean audience, was meant only for promotional and in-house purposes, only to be shown at "conventions and expos".

The woman's subdued behaviour, which raised many suspicions, can be explained by a lack of sleep.

"Shooting took place from 7.30am - 3am the next day, and by the time they shot the scenes with the girl, she was literally falling asleep in her chair, hence the stoned expression and tone".

At the time of publication, 728 users disliked the video out of the 1,200+ ratings, watch it here.