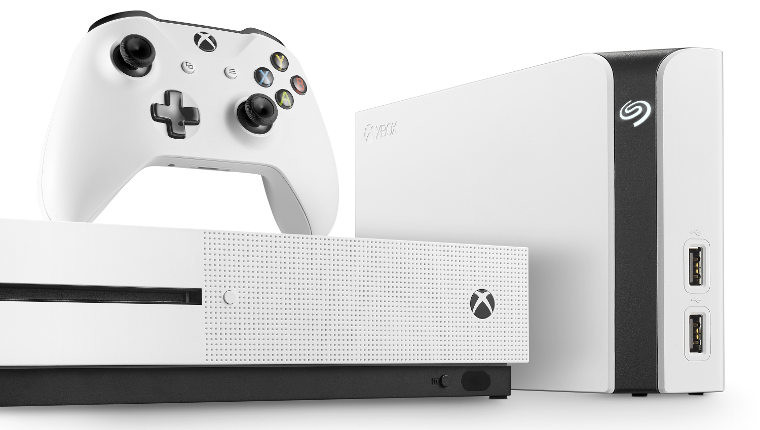 Seagate has launched its new Game Drive Hub for Xbox which comes packed with 8TB worth of storage. The hub also comes with multi-purpose USB support for gamers with large game libraries that need “peak game storage capacity for today’s most advanced games.” The drive was designed and tested in collaboration with the Xbox so it will fit right in, and is compatible with any console in the Xbox One family (Xbox one, Xbox One S, and Xbox One X).

Seagate’s justification for releasing this somewhat excessive bit of kit is as follows:

“Xbox Game Pass went live at the beginning of the month, giving access to a regularly updated catalog of 100+ Xbox games. This week at E3 the next big Xbox titles will be revealed, making gamers further brim with anticipation. With Xbox Game Pass allowing direct downloads and added games come to the Xbox library, having enough space to enjoy all this greatness is critical.”

The device has enough room to store around 200 Xbox games, any extra space sitting idle will also be able to store save data and downloadable content. The two USB 3.0 ports on the front of the device can be used to charge controllers and mobile devices, and connect peripheral accessories to the console. The fast USB ports provide users full gaming performance, as though data was being read from the console’s internal hard drive.

You’ll be able to pick the Seagate Game Drive Hub up from select Seagate resellers later this month for an MSRP of $199.99.

Source: Seagate via The Verge