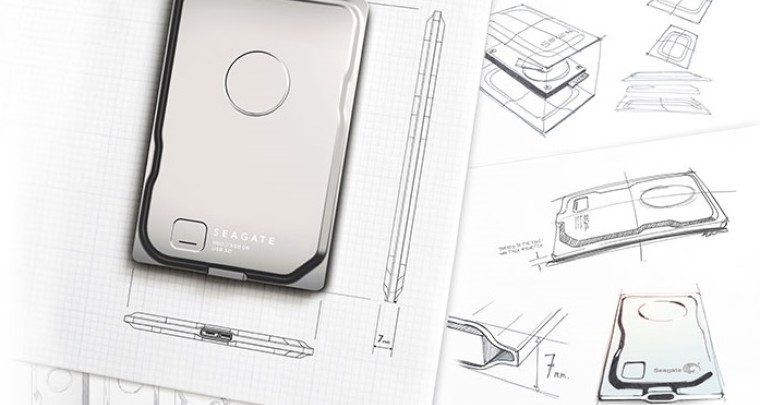 USB flash drives have become much more accessible at capacities like 32, 64 and 128 gigabytes, and 3.0 enables some of them to reach SSD-like sequential speeds, an example being the Corsair Voyager GTX. Higher capacities are still expensive though and that's where external hard disk drives still shine.

Seagate has announced their latest portable hard drive, the Seagate Seven. It packs 500 gigabytes of storage into a classy and compact steel enclosure that the company claims is the slimmest of its kind. At 7mm, it is almost as thin as the Samsung Galaxy Alpha, and slightly thinner than the iPhone 6 Plus.

The drive's launch marks Seagate's 35th anniversary since the introduction of its first 5.25-inch hard disk drive. At 90 grams, the Seven is very lightweight compared to other portable drives, and features a full USB 3.0 port despite its slim design.

Seagate hasn't said anything about performance, but the idea of this drive is to remind of company's strong position in the computer storage market, and the significant advancements in mechanical design technology that it has made in order to build a rugged and stylish product like this.

The Seven has a suggested $100 price, and will be available in the U.S. in mid to late January. It is covered by a two year limited warranty, and will come already labeled from the manufacturing stage, eliminating the need for stickers that peel off and leave annoying smudges.